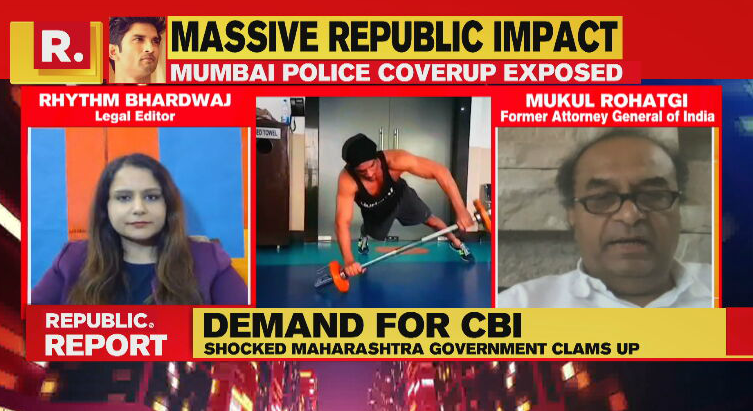 Sushant Singh Rajput’s suicide case is taking a different turn day by day. But in the case of Sushant’s suicide, many people have settled their score as well as pursued their interests. The government is also not far behind in this game of selfishness. They have also hidden their failure behind Sushant’s suicide.

On 14th June 2020, Sushant Singh Rajput was found hanging in his apartment. It was initially concluded that it was a suicide, but then everyone turned to show that it was not suicide but murder for their selfish ends. Earlier, many celebrities were mentally harassed on social media, claiming that the nepotism was responsible for the suicide. After that, there was a commotion on social media under the name of boycott nepotism product. Some political parties targeted the three Khans of Bollywood for their selfish ends. The three Khan’s were linked to Sushant’s death and the issue was given a Hindu-Muslim twist. People who had a sense of belonging about Sushant were brainwashed and provoked. This provocation did nothing but helped to run propaganda for some political parties.

People didn’t stop there. After blaming Bollywood biggies, they gave it a political twist. Aditya Thackeray, the son of Chief Minister of Maharashtra was linked to Sushant’s death. Many fake theories were plotted about Aditya being a friend with Sushant’s ex-manager Disha Salian. But it is known that Aditya is friends with Disha Patani but not with Disha Salian. His photo with Disha Patani was also circulated on social media claiming that he is with Disha Shalini. These fake theories worked and people started firing their blame guns at Maharashtra government and Mumbai police. Did you see, how effortlessly they ran their propaganda?

The floods in Assam and Bihar, the growing numbers of corona patients in India, and many such failures of the government have been covered by Sushant’s death. The government has successfully distracted people by raising Sushant’s topic again and again. Of course, paid media has been very helpful in this. The paid media did not hold a single discussion session on the floods in Assam and Bihar but did hold numerous debates on Sushant’s death.  Also, Bihar’s elections are approaching and the government has successfully distracted Bihar’s people from the different crises going on in their state using Sushant’s death to manipulate them emotionally. Millions of Indians have lost their jobs in the last three months. But no one is talking about it. Why? The answer is crystal clear. The government is not letting these issues surface. It is all about Sushant’s death on the front card every single day.

When India’s GDP was plummeting, the corona came and the government blamed the corona for the downfall of the economy. And now the government has made Sushant’s death issue shield to cover their various failures. Jawaharlal Nehru must be sad knowing that he is not the only one on the government’s blame list.