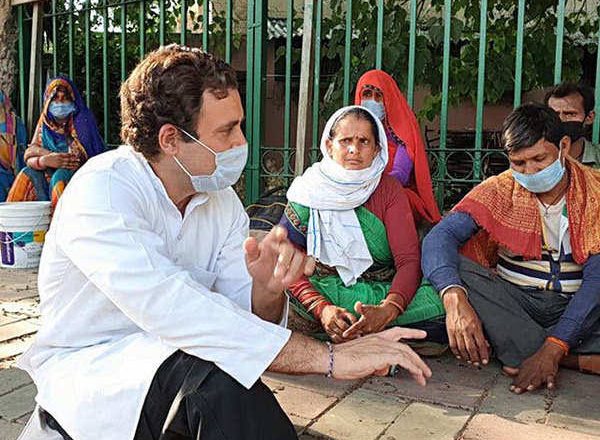 India is a nation where its people have a unique ability to evolve in the face of adversities. Be it honing entrepreneurial skills or developing survival instincts, nothing is out of reach even for the least educated Indian. To discard someone as unworthy based on preconceived notions is a matter of shame. It is even more shameful when a person of immense repute, Mr Ram Guha, exhibits outright disdain for Rahul Gandhi based on half-baked tales.

To begin with Rahul Gandhi’s command over the Hindi language. It is true that Hindi speaking regions of Bihar and Uttar Pradesh are crucial in determining the fate of any prime ministerial candidate, and being fluent in Hindi is of utmost importance. For once if Rahul Gandhi’s speeches are evaluated with an unbiased approach, one is sure to discover a huge transformation in his dialect from 2004-2020. Surely he has made several gaffes but he has owned up to his mistakes. He could have easily blamed the media for distorting his words, instead, he chose to acknowledge his shortcomings and is committed to working upon improving his Hindi. That is a sign of a GOOD LEADER.

The second accusation hurled against Rahul Gandhi by his detractors is ‘He is a dynast’. Nothing could be further from the truth.

In an interview given to Karan Thapar, Congress politician Manish Tewari emphasized on the need to distinguish ‘Legacy’ from ‘Dynasty’. There are many individuals whose parents and grandparents served the Congress party. For such people, it is a heritage to preserve and legacy to carry forward in whatever capacity they can.

Dynast is someone who assumes authority based on lineage. Every congress member rose to echelons of power after contesting elections and winning the mandate of the people; be it Jawaharlal Nehru, Indira Gandhi, Rajiv Gandhi, Sachin Pilot or Milind Deora. To even term democratically elected leaders as ‘dynast’ is in itself an insult to Indian Democracy and blatant mockery of the wisdom of the voters.

When Rahul Gandhi lost the 2019 Lok Sabha election from his constituency of Amethi, not once did he lament or go around floating conspiracy theories to cover up his failure. When a person takes credit for every success, he must also take responsibility for the failures as well. And that’s exactly what Rahul Gandhi did after the debacle of 2019 election. He stepped aside to make way for someone else to take charge at the helm. To execute such a drastic decision requires humility, which can only be found in a GOOD LEADER, and not in a dynast.

Lastly, to say that Rahul Gandhi never held any ministerial berth or has no administrative experience makes him an unworthy opponent is erroneous. Every individual gain experience by confronting challenges. Did Lal Bahadur Shastri have experience when he became Prime Minister? Did Sardar Patel have any prior experience when set out to accomplish the colossal task of integrating the whole of India?

Time after time Rahul Gandhi has fought for a cause in his personal capacity. On many issues, his efforts have not reaped the outcomes as expected, but that doesn’t mean he isn’t a contender to Narendra Modi. What Rahul Gandhi did or didn’t do in the past is no reason to belittle his efforts today.

As a historian, Mr Guha should be well aware that great leaders rely upon the wisdom of their council of ministers. Rahul Gandhi has made it clear that he doesn’t possess the knowledge of the entire universe. However, he has displayed a willingness to interact, learn and debate on issues of utmost importance. This is another distinguished mark of a GOOD LEADER.

On the flip side, Mr Guha should see how India is mired in a catastrophe of all sorts by electing a person who boasts of his administrative skills as Chief Minister of Gujarat and prides himself of being an omniscient Prime Minister. What India has achieved by electing a story-teller is out there for everyone to see.

So why not give Rahul Gandhi a chance to prove his mettle before writing him off the wall entirely? It is only fair to compare two personalities when both are tasked with the same responsibility. Not otherwise!