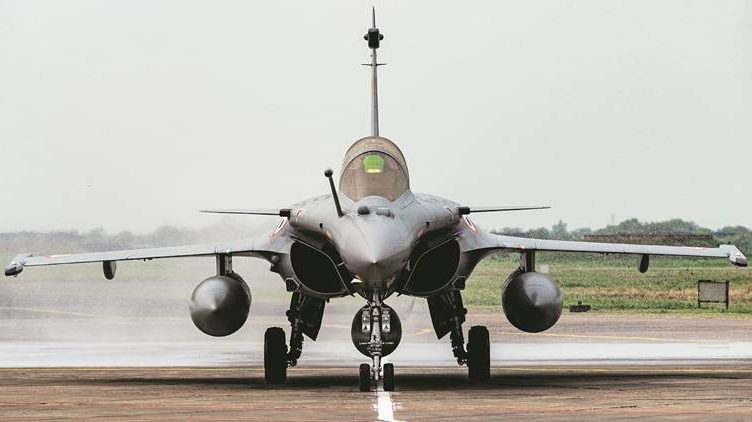 Nobody can celebrate failure as pompously as the BJP does. Bereft of original thinking, the BJP has appropriated the work of previous governments. However, the BJP has a penchant for distorting the original idea/plan often to India’s detriment, while its cronies prosper. They have a pliable media that manages to pass them off as a success or to use their favourite word—masterstroke.

The latest masterstroke to compromise India’s interests while making the BJP’s friends richer is the Rafale deal. Even as the BJP is ‘celebrating’ the delivery of the first batch of Rafale jets, it hasn’t bothered to answer several questions about the deal. which though initiated by the UPA, were distorted by the BJP.

To start with, why was the initial requirement of 126 aircraft brought down to 36 aircraft by the BJP? Moreover, the price of each aircraft under the UPA negotiation was ₹526 crore, while under the BJP it has been inflated to ₹1670 crore per aircraft. The deal was pushed through without the mandatory approval of the Cabinet Committee on Security and also in violation of the Defence Procurement Procedure. Under the UPA’s negotiation terms, the deal included the provision of a lifetime maintenance, Transfer of Technology, Integrated Missile System, amongst others, which were all waived off by the BJP. The BJP even waived off the Sovereign Guarantee—meaning that in the event that the company doesn’t honour the contract, the French government will take responsibility—thus India is now clearly at a disadvantage. The BJP also waived off the anti-corruption clauses.

The most glaring discrepancy of the deal is that the BJP government chose to award the contract to Anil Ambani’s 12-day old Reliance Defence Limited, rather than to the Public Sector Hindustan Aeronautics Limited which has over 50 years of experience. Interestingly, Reliance Entertainment invested €1.6 million Euros in a film co-produced by the French President’s partner Julie Gayet. When the French press questioned their President about the clear conflict of interest, François Hollande revealed that the Indian government insisted on the contract being awarded to Reliance Defence Limited.

So why were India’s security and interests compromised by the BJP to award the contract to its cronies? As duty bound Indian citizens, this is a question that we must never stop asking the government.