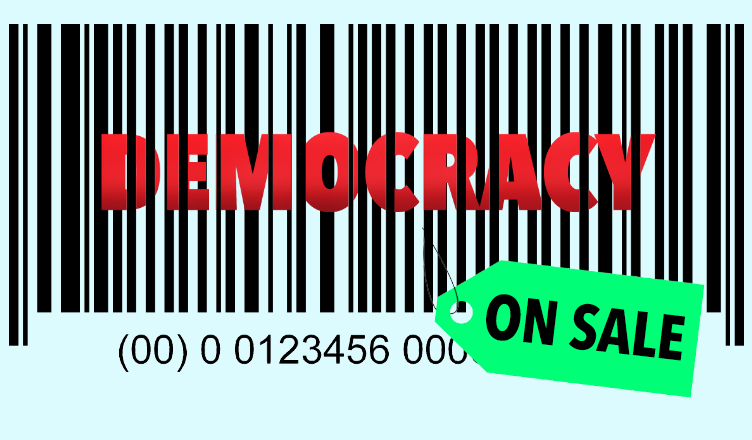 The conduct—rather the misconduct—of the BJP will go down in Indian history as an indelible blemish on democracy. Like most authoritarian governments, the BJP too has come to power democratically. However, once in power they undermine the very foundations of democracy and cause the decay to the very root.

Since the time the BJP has come to power in 2014, several state governments were toppled through means foul and unfair. People’s mandate was stolen and horse trading was projected as strategy or Chanakyaneeti by a pliant media. Large sections of the media are rife with McCarthyism targeting people who question the government. Sadly, the Indian media is reminiscent of Radio Rwanda in the 1990s, which not only gaslights entire communities but is also an accomplice in the murder of democracy in India.

And as the media distracts the nation and even cheer, the BJP continues to decay the very architecture of democracy in India. From Goa to Meghalaya; from Madhya Pradesh to Gujarat and now in Rajasthan, the BJP is insolently stealing people’s mandate. It either ‘resorts’ to horse-trading or blatantly uses the Enforcement Directorate, CBI and others to intimidate legislators from opposition parties. Such bravado is to hide the reality that the BJP is not only incompetent but also has diabolical motives, which are being called by the opposition, particularly the Congress party. Some might argue that the BJP is afraid of facing questions from the Congress party particularly regarding the Covid-19 crisis and the border conflect with China, where the Prime Minister’s statements indicate that India’s territorial integrity and sovereignty have been compromised by a meek BJP.

After all, there is no other party which strikes fear in the hearts of the BJP, as much as the Congress party does. Whether it is the BJP’s inferiority complex given that their ideological ancestors were complicit with the colonial British government or the fear of being exposed for its unabashed corruption—wherever the fear springs from, it riles up the BJP when it has to face a Congress government.

What else explains the BJP not focusing on people’s health and safety amidst a pandemic, and making every effort to destabilize the Rajasthan government which as done a commendable job in dealing with the Covid-19 crisis? If the BJP were indeed a nationalist party which cared for its people more than anything else, it would have worked in conjunction with the opposition parties to alleviate people’s sufferings during a public health crisis.

Like every authoritarian regime which faces the wrath of the people, the BJP too will face the heat. Discontent amongst people is increasing and without an outlet by the media which is not representative of the mood on the street, the BJP administration is oblivious about the magnitude of public anger. Dissent is being expressed on the social media and several citizens are expressing their displeasure with the BJP. Given the BJP’s meddling in the affairs of Rajasthan, citizens took to the social media using the hashtag #SpeakUpForDemocracy which began trending across the world with in a few hours. The previous two ‘Speak Up India’ campaigns too trended across the world.

And while citizens start speaking up and standing up for their rights, even though thousands of people die due to government apathy towards public health, the BJP makes attempts to adjourn democracy sine die. The BJP is indeed a blemish on democracy!