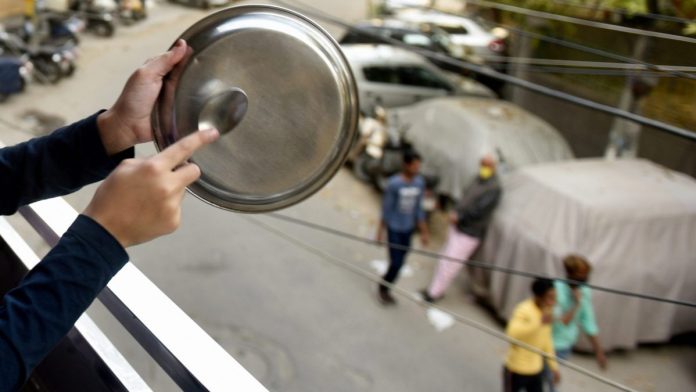 Mistaking managing headlines for able administration, the BJP has caused India irreparable damage. While it has become the SOP of the BJP government to deny the existence of any problem, the consequences of not acknowledging the pandemic, and the impending economic disaster it brings, risks India’s safety and security severely.

First, the BJP government denied that Covid-19 would become a health crisis, despite opposition leader Rahul Gandhi cautioning the government numerous times about the imminent pandemic, in January and February. As the inevitability and magnitude of the crisis became clearer, the BJP government denied that it would have any impact on the economy. The government even claimed that the pandemic would actually benefit India’s economy. When they finally had no option other than accepting the realities, the BJP announced a national lockdown without preparing for it. The lockdown worsened the problem and was not only a failure in controlling the spread of Covid-19, but India’s cases surged ahead.

Rational thought mandates that after being caught off guard, despite the opposition Congress cautioning the government about the public health crisis in the world, the BJP government would have learnt a lesson. However, the BJP’s attempts to deny, distract and mislead the country continue. While the health minister is almost gone into incognito mode, the Home Minister Amit Shah claimed that India is in a ‘good position’.

In fact, India is now the third worst affected country in the world after the USA and Brazil with over 9 lakh cases. Interestingly, the leaders of both the other two worst infected countries had denied the existence of the problem too, thereby putting millions of people at risk. Meanwhile, India’s doubling rate—the days in which the number of cases doubles—is one of the lowest in the world. This means that the disease is spreading rapidly and that too when India’s testing rates is also one of the lowest in the world. By not testing people enough, the government continues to deny the magnitude of the problem, as without adequate testing, the number of cases detected would be very low. Thus, if the government increases the testing facilities, more cases are bound to be reported. What’s worse is that the BJP is not only clueless, it also has the wrong priorities. Amidst an unprecedented and unfathomable global health crisis, compounded by crises on numerous other fronts, the BJP is making every effort to destabilize Congress ruled states. No matter how much it tries to distract the country by managing headlines and outright denying that problems exist, the people’s suffering is testimony to the utter failure of the BJP government. By continuing to ‘deny and distract’, the BJP is not protecting itself from culpability. Rather, the BJP’s failures are increasingly being recognized by the people of India. It is increasingly becoming clear that the BJP is the impediment to India’s development and even safety. This deadly denial will destroy India and the reconstruction will take a very long time.