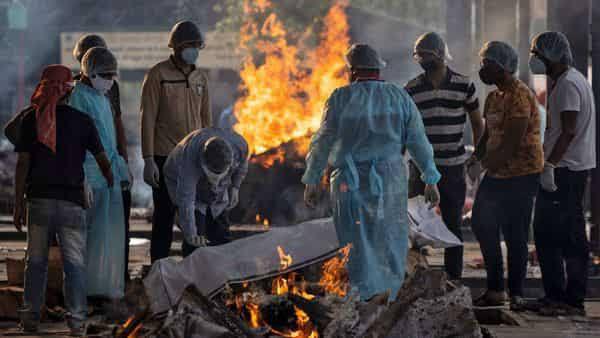 The strength of any government lies in how reassured the citizens feel. However, PM Narendra Modi not only got the spelling of strength wrong but he lacks the moral ‘Streanh’ to even comprehend what the basics of a sensitive administration are. While incompetence may be understandable, actively acting to stymie India’s welfare is tantamount to treachery and breach of trust in a representative democracy.

Not only has the BJP been predictably incompetent, it has also acted in a way that hampers India’s interests. While the BJP’s incompetence is manifested in the response to the pandemic where the worst performing states in India are invariably those led by the BJP. The attitude of the BJP can be summed up by the fact that an 18% GST is being levied on hand-sanitizers even as India becomes the third worst affected country in the world.

Meanwhile, the best states are the ones where the Congress is ruling or is a coalition partner. The BJP has deployed every trick in the book to destabilize Congress led governments. Despite the country facing the worst crisis in India’s independent history—much of which is its own doing—the BJP is focused on breaking up the Rajasthan government.

Even the Chinese aggression hasn’t made the BJP refrain from weakening India. The government refuses to be candid about what the real situation is and why they are accepting terms dictated by the Chinese. The BJP hasn’t explained why it worked so closely with the CPC since the time it ascended to power in 2014. It instead projects its guilt onto the Congress party by insinuating that the CPC and Congress are working in tandem, hiding the fact that it was the BJP which even in 2019 reached out to the CPC to enhance mutual learning.

What the BJP learnt from the CPC isn’t very clear but it certainly did not help the Indian economy. Even before the pandemic struck India—once again due to the BJP’s negligence—India’s economy was in tatters. Businesses lost during the aftermath of the whimsical demonetization never recovered and unemployment was at its highest. With the BJP refusing to alleviate the crises unleashed by the pandemic, India’s problems have compounded.

And as a nation deeply anxious about its future hopes for a respite, the Prime Minister on the occasion of the World Youth Skills Day made shallow and generic statements about ‘skilling, upskilling and reskilling’, with out explaining how people can do that at a time when jobs have dried up and millions of livelihoods have been lost as a direct result of the BJP’s policies.

The chauvinistic and ultra-nationalistic stance that the BJP feigns is actually a decoy. It is meant to coverup the BJP’s incompetence and various instances of outright betrayal of democratic principles. In today’s speech on World Youth Skills Day, Narendra Modi implied that skills are more important than knowledge. What he doesn’t understand is that there can be no skill without knowledge and understanding the fundamentals of any discipline. Acting without understanding would only invite disasters, as the BJP did with demonetization. By refusing to introspect and learn, the BJP is only further damaging India and betraying every citizen of the country to whom the government is responsible.