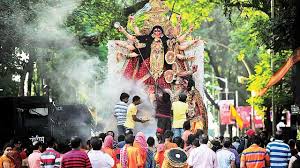 India is not just India, it’s ‘Mother India’ or ‘Bharat Mata’ for most Indians. Of course, women are considered prime and pristine. Hindu households in India will see montages and minuscule sculptures of Devi’s (goddesses) positioned around the house. Gigantic festivals that worship female gods and their powers. The rich and the poor all surrender to the mightiness of the holy celestial gynaecological power. The Rigveda too speaks how highly women were treated during the Vedic age. Of course, females are respected.

The last census of 2011 demonstrates otherwise.  In Uttarakhand, one of the smaller regions of India saw a major drop in the sex ratio from 908 in 2001 to 890 in 2011. According to a 2019 official survey conducted in the lands of Uttarakhand with 136 villages also revealed that out of the 216 children that were born when the survey was being conducted, none of them were girls. All of this in a state that is known to worship female gods, even unconventional forms like Hidimba. Why is the girl child going missing then?

Let’s say they are being abducted by claustrophobic patriarchy and technological advancements. The mysterious news that came from the mountain valley raised some concern about the long-prevailing case of female foeticide and sex-selective abortion in India. The current central government has launched its dedicated scheme of “Beti Bachao Beti Padhao” to fight this very rudimentary system and practice. The previous government had placed the Pre-Natal Diagnostic Techniques (PNDT) Act, 1994 to prevent female foeticide which is still in practice. In India, even today, a male child is considered as the upholder of the family and the natural heir. Women are always treated as “another family’s property”.

Ever since property and inheritance were thought of as a matter of concern, men started to feel entitled to control women’s lives too. In epics and Puranas, committed marriage was no such thing. The thought of giving birth to an heir, who will be the rightful consumer of all the privilege earned by a father, ignited a very jumbled up thought process. The women started to be curbed just like property. Much for the reasons of just naming them the weaker sex.

Jump to 21st century millennial India, a girl foetus is killed because the family wants a man who is considered the real upholder. Not to forget, one cannot reach the doors of heaven if their own son or a male alights the funeral pyre. Many families fear the financial burden as the girl’s father is still charged dowry in some parts of the country. Another convoluting thought is that a girl will not be staying with the family and looking after them hence termed “bad investment”. The result of all this, no matter how much one bows down in front of a woman deity and chants their names, bringing a girl child to life is problematic. Thanks to the “glorious” indebtment to patriarchy.

Schemes like the ‘Beti Bachao…’ and the ban of pre-natal diagnostic tests and sex determination are banned. Yet, technology and better infrastructural connectivity have made a black market or a smuggling business of this to seize. In the remote parts of Uttarakhand, sex determination equipment like ultrasound machines is smuggled from the bigger cities like Dehradun for two-three days. The ones, who need it, get in touch with the agents who bring them. Medical support staff that knows how to operate them, also become a part of the process and walk away with their commission from the same. Little does anyone care about what repercussions it might have. Sex-selective abortion then can be very easily conducted in any authorized hospital as a woman has the right to undergo an abortion. Sadly, in most of the cases, in the remote parts of the country, the mother has no say.

Haryana is the most bashed state for its gap in the sex ratio. Gradually it has picked up yet many bachelors go without brides and out of desperation, engage with human traffickers who abduct girls from poor families of countries like Bangladesh and supply to them. Most of these girls are then just mere tools for sex with dilapidated lives. A growing number of men go without partners to procreate and mileage their legacy.

As per data by the Asian Centre for Human Rights, there are only 100 girls for every 112 boys in India. The Census 2011 figures also show that just 927 girls are born for every 1000 boys. This imbalance is now limited to a small region which might take a bigger shape if the root mentality is not changed. According to Census 2011, prospering states like Gujarat, Haryana, Maharashtra, Punjab, etc., have a very dismal state of the sex ratio as compared to small regions like the north-eastern states and Chhattisgarh. A fairly pressing concern if a wholistic development is an end goal.

Uttarakhand is one of those states as well. It is quite a surprise, coming from the heartlands, as the Pahari women have always had some form of contribution socially and economically in Uttarakhand be it working in farmlands, hospitality, transport, etc. Many women from the region had come forward to even join the Chipko Movement.

The rates of female foeticide irrespective of the multiple efforts by the central and state governments are still ingrained in a vast majority of people in the urban circuit itself. Many doctors like Dr. Ganesh Rakh who have pledged to deliver girl child for free to eradicate female foeticide and sex-selective abortion are required.

According to the Population Research Institute’s data from 2018, approximately 5,50,000 girl foetuses and infants went missing. Experts say that focus should be mainly to first change perspectives and normalize women to be the upholders of a family. When families will have financial security schemes like Kanya Sree for boosting girl child education and the likes in abundance, they will start thinking otherwise. Muscle power and legal pressings are not proving to be as effective as expected. In that case, tapping the psychological root cause is the only option to reclaim the place of the Devis in their abode.