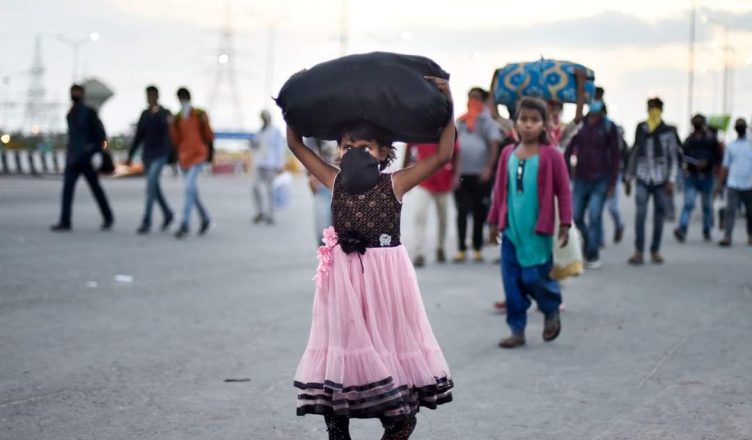 The lockdown in India represented a massive logistical and implementation challenge given the population size, its density and diversity. But with almost 50 days in hand, since the first case was reported in India on January 30th, this whole exercise from the Central Government was not just slow but also a late knee-jerk reaction.

The implementation of the lockdown has been a brutal attack, not on the pandemic, but on the lower strata of the society. The lockdown lacked even a modicum of compassion for the majority of the population whose lives were already precarious due to the ill effects of other whimsical measures the government took. Whether it was demonetization or the goods and services tax; the outcome of all were negative.

A working paper “Human Rights Assessment and Compilation of State Relief Measures” prepared by Shivani Chaudhry, Anagha Jaipal, and Aishwarya Ayushmaan of Housing and Land Rights Network says, “After 40 days of India’s lockdown, life for the urban and rural poor is overridden with loss of income, hunger, ill health, desperation, destitution, and a rise in malnutrition.”

The failure of the Government proves itself today, when the worker and the labourer have lost complete confidence in them. Consumed by hunger and the need to survive, they have time and time again ignored the warnings of the government to stay put. Instead, they have taken the task upon themselves, they have become ‘atmanirbhar’ and have walked 1000’s of kilometers to be with their loved ones. These workers have walked and many have died, yet the apathy of the government cannot be shaken.

We have been seeing it on a daily basis; the gut wrenching and heart breaking images of workers walking in groups for thousands of miles with little to no food, water or shelter. But today’s government doesn’t care, they to celebrate their 6 years in power, even if it may be on the shoulders of the very people suffering now. We have a Prime Minister who comes on Television with no plan or agenda but just to improve his PR, a Rail Minister who speaks lies on his will and on record for the world to hear with no consequence, a Finance Minister coming up with a daily soap opera with no content for those in need.

The pandemic and lockdown have to an extent exposed the major gaps in social protection systems, especially with regard to access to public healthcare, social security, adequate housing and need to be addressed in order to derive lessons to move forward. Will the government pay heed to it or will they ignore the nation that is crippling under them?