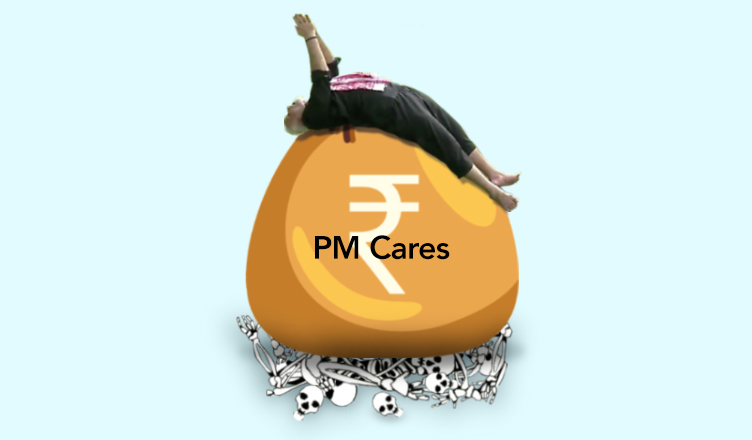 As India struggles to cope with the Covid-19 pandemic and the impending economic wreckage that it is bound to leave behind, the BJP government is not only culpable for the sorry state of affairs, but also for keeping India in the dark regarding donations made by well-meaning citizens. It is often said that those who are not transparent have something sinister to hide. Perhaps that explains why the incumbent PM, who is otherwise quite garrulous, is afraid to address the free press or the opposition—even as India faces her biggest crisis in decades.

Even as he ducked questions about the incompetence and criminal delay of the BJP government in dealing with the pandemic, the PM on the 28th of March announced the Prime Minister’s Citizen Assistance and Relief in Emergency Situations—named to make the acronym PM CARES. Why there was a need to establish a new fund when there already exists the PM National Relief Fund, which was established in 1948, was never explained to the people.

Soon, the opacity of the PM CARES fund became clear. Not only is there no information about donors and the details of their contributions, but there is no word on where the money is being spent. Migrant labour have not been provided with free transport to return to their homes. Also, the few train services that will resume from May 12th are exorbitantly priced—all tickets will be priced at Rajdhani rates as stated by the government. Reports in certain sections of the media based on self-declarations of contribution to the PM CARES fund states that it stands at a whopping ₹ 6,500 crores within a week of the fund being established. So where is all this money being spent if not on citizens? The PM CARES fund is also exempt from being audited by the Comptroller and Auditor General of India. Further, the donations to this fund are treated as expenditure towards the Corporate Social Responsibility of corporates—even though contributions to the states or CM Relief Funds enjoy no such exemption.

Also Read: Democracy and Economy; Both in Danger under BJP Government

That there is no RTI transparency regarding the PM CARES fund surrounds it under a cloud of suspicion. PM Modi, of course takes advantage when conditions are cloudy. That’s why he has ignored the advice of Congress leader Sonia Gandhi who has called for the proceeds of the PM CARES fund to be transferred to the PM National Relief Fund. Rahul Gandhi too demanded that the details of the fund be made public. Several other Congress leaders questioned why there is no representation from the opposition leaders in the trust of the fund.

All questions have been conveniently ignored and the media has largely been afraid to question the government. As such, the right-thinking citizens in the interests of India must join the opposition parties in demanding that the details of the PM CARES fund be made public and that it must be audited by the CAG as established by the constitution of India. It becomes the patriotic duty of every citizen to question the BJP government and demand clarity over the massive money t has collected in the name of public good. A charitable trust whose legality is under cloud cannot be used to fleece common citizens in times of a pandemic. It is tragic that the BJP government is filing its coffers, even as the coffins are being silently filled!