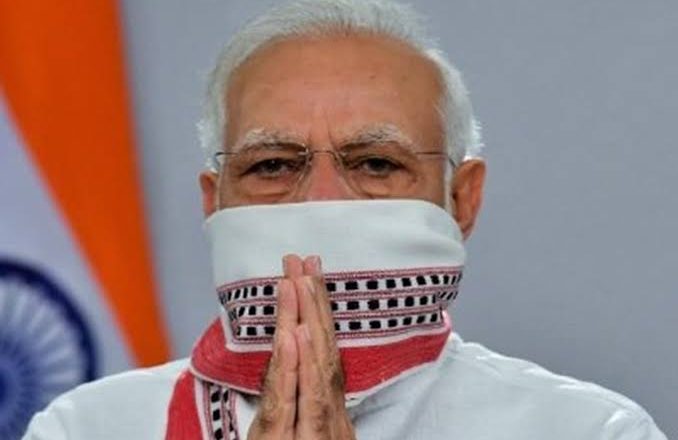 As the number of Covid-19 cases increase to 60,000, it’s clear that the BJP government doesn’t quite have a plan other than a lockdown. After initially brushing away warnings, paying heed neither to expert opinion not the opposition, the BJP government announced a lockdown overnight. And despite the extended lockdown, neither the number of cases nor the rate of increase has been brought down. Countries that have had a less stringent lockdown have reported a declining trend, but in India, there appears to be no respite.

The government falsely believed that the lockdown would contain the spread. However, without adequate testing facilities, the contagion cannot be curbed. People who have been afflicted need to be identified, isolated and treated to check the spread of the deadly disease. Perhaps the government is acutely aware of its incompetence, and it is therefore indulging in underreporting of the cases as many experts have opined.

Incompetence often reflects as confusion. And this holds very true for the BJP government. Just as they had changed the goalposts and objectives of demonetization every few days, the response to Covid-19 too has revealed the confusion of incompetence of the BJP government. For instance, when the PM initially announced the lockdown, he claimed it was to “break the chain of transmission”. The PM on April 17th while announcing the extension of the lockdown claimed that it was to reduce the ‘doubling time’—which is the number of days it takes for the cases to double.

With the rising number of cases and the rising rate of increase, it is very clear that the government failed to achieve its objective despite extending the lockdown two times. The incompetence of the BJP government in curbing the pandemic is crippling India. We can ill afford to continue shutting down the country any further as millions of people will starve without a source of income. Further, when the lockdown is relaxed, the number of containment zones—regions with critically high number of cases which call for a complete lockdown to be continued—is bound to increase as the government has not enhanced our testing capabilities.

Governments across the world have responded by building hospitals and special facilities to treat Covid-19 patients. Meanwhile in India, the government refuses to address the nation or engage with the opposition and the free press. Despite the internal migrant crisis being clear from the initial days of the lockdown, the union heath minister addressed the states only after five weeks. He has otherwise maintained a low profile—or a near complete absence!

The government has completely failed to tackle the internal migrant crisis too. It completely abandoned the millions of poor and left them to fend for themselves without a source of livelihood. A comatose government is insensitive to the plight of thousands of people attempting to walk hundreds of kilometers back home. And when people die out of exhaustion or accidents, all that the faceless poor get are an insincere post on social media, feigning anguish.

Whether it is apathy or incompetence, many people now opine that this is the worst government in our history. Despite having a clear majority, and enjoying power in various states, either directly or in alliance, the BJP has not been able to deliver even on the basic parameters of administration. The BJP promised ‘Minimum Government and Maximum Governance’, but it is so incompetent that it is delivering ‘Minimal Government and Maximum Nuisance’!