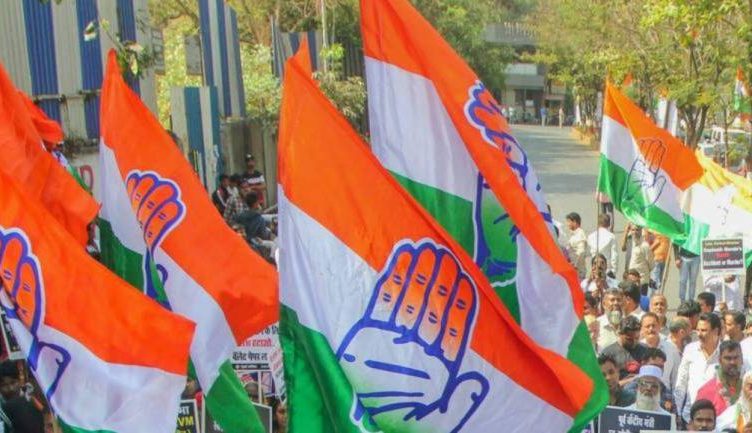 The coronavirus pandemic came unannounced in China, gradually spread across the world, and hinted at India that it was next. The ruling government however, did not pay heed to the virus knocking at the border. While focusing on shielding the true India from US President Donald Trump with walls, gaining power in Madhya Pradesh and coming up with new ways to divide on communal lines, they invited the deadly pandemic in. Even though the opposition leader Rahul Gandhi gave many calls that the pandemic is closing in, the BJP shuddered it off and soon Covid-19 was upon us. What was the natural next step? Lockdown.

However, the Centre seemed to forget the unique face of India with its poverty, hunger and the scale of internal migration. Probably because they hid it behind a wall. India’s unemployment levels surged, with 12 crore Indians without jobs, the already deplorable economy took a nosedive and lakhs of people were left dry to fend for themselves with no roof, food or money.

Even though the situation of the country continued to worsen, the union government did not spell out how it would respond to the impact of coronavirus on the nation. It did not reach out to the opposition and seek help in these trying times. Fortunately, every Chief Minister was given responsibility for their state, and autonomy in deciding the rules and policies of lockdown.

That’s when the states governed by Congress began to effectively and efficiently tackle the virus. Soon, the nation began to notice and so did the ruling BJP. On 27th April, Prime Minister Narendra Modi held a video conference with all the Chief Ministers. PM Modi praised Rajasthan Chief Minister Ashok Gehlot for his handling of migrant workers’ crisis as a result of the nationwide lockdown. He further commended the state’s model in tackling the virus, especially the successful Bhilwara model which has managed to turn a hotspot into a green zone with its efficient tracking, testing and containing. The state has managed to flatten the curve.

It’s success is so much so, that the newly elected Madhya Pradesh CM, Shivraj singh Chauhan said he is going to adopt the Bhilwara model and has claimed that it will help Indore, a hotspot in the state, to win the battle against Covid-19.

The Uttar Pradesh Government is also following CM Gehlot’s suggestion of bringing back migrant workers. Due to the empathetic nature and way of governance of INC’s Gehlot, thousands of migrant workers have been given a new chance at life again. They’re going back to their villages with the help of the government, and their fear of dying due to starvation is slowly vanishing.

Furthermore, the UNICEF India Chief, Ms. Yasmin Ali Haque, praised the measures taken by the Chhattisgarh Government, under the leadership of Chief Minister Mr. Bhupesh Baghel, to tackle the spread of COVID-19. Ms Haque said that the State Government’s efforts in the flight have resulted in a successful prevention of the virus. 81% of the districts of the state are green zones. Additionally, Aanganvadi workers in Chhattisgarh are going door to door to deliver nutritious meals, ready-to-eat food items as well as dry ration under the Mukhyamantri Suposhan Abhiyan. They have delivered food at the doorstep of 24 lakh beneficiaries. Ms Haque also appreciated the Chhattisgarh Government’s measures for the distribution of free ration for three months to families in need, employment of over 11 lakh labourers under MNREGA, not only food but also shelter for people in need, during lockdown. She claimed that UNICEF will continue to work as a trusted ally of the Chhattisgarh Government in order to ensure the rights of women and children belonging to marginalized sections of society.

Even though the BJP didn’t want to take any advice from Congress, the success of the latter in their states, made it hard for the ruling party to ignore. While the Centre didn’t trust the opposition, the opposition went ahead and proved themselves with their numerous small victories against the deadly virus. The Congress has truly led by example.