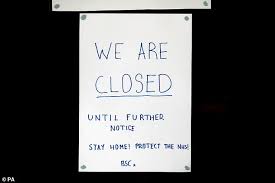 The Coronavirus pandemic came as a rude shock to an already under-performing economy, given the BJP government’s lackluster record in governance. Even as the country was put under a lockdown, the union government did not spell out how it would respond to the impact of economic activity coming to a standstill. It did not even reach out to the opposition and seek help in these trying times.

It is estimated that over 12 crore jobs have been lost in the lockdown. Further, over the next few months another 13.6 crore or one in ten Indians will lose their jobs as businesses face severe adversities due to the lockdown. The worst would be in the informal sector, which is the back bone of India’s economy as it accounts for about 88% of the total employment. Several formal sectors too will face severe challenges with no support being announced by the government. It is frightening to imagine the magnitude of unemployment this is likely to cause given that under the BJP we already had the highest unemployment in over 40 years, before the Coronavirus struck us.

The loss of jobs cannot be seen as just another number to be fudged, as has become the wont of the BJP. Loss of jobs would impede an already sluggish demand as people do not have the purchasing capacity. And with the demand diminishing, there would be no incentive for further production. As such, there will be further unemployment. The IT sector has already announced that recruitments over the next one year would be frozen.

The Micro, Small, and Medium Enterprises (MSME) sector which employs about 11 crore people, and contributing about a third of our GDP are in severe crisis. They have been enduring several crises starting from the demonetization. Yet, the government has turned a blind eye to the plight of millions whose livelihoods have been lost due to ill thought policies coupled with a policy paralysis in the wake of the pandemic.

It is high time the BJP wakes up and responds to the crises India is facing. It is imperative that people are assured a universal basic income, as many other countries have done. Our economy is largely dependent on domestic demand and that has diminished due to the BJP government’s incompetence. It needs to reach out to the opposition if it cannot find solutions.

Congress president, Sonia Gandhi has called for each family to be provided a minimum of ₹7,500 to tide over the crisis. Meanwhile, Rahul Gandhi has categorically stated that the government can implement the NYAY scheme he propounded during the 2019 elections, by any other name if it wishes so.

However, the BJP known for its arrogance is unlikely to do so, fearing that its incompetence will be exposed. The industry bigwigs are unlikely to question the government as they are too meek and pliable. It is the poor and those in the MSME sectors who will suffer the most. It is their voices that need to be heard. But will the BJP listen to voices of the poor—or at least its conscience, if it has one?