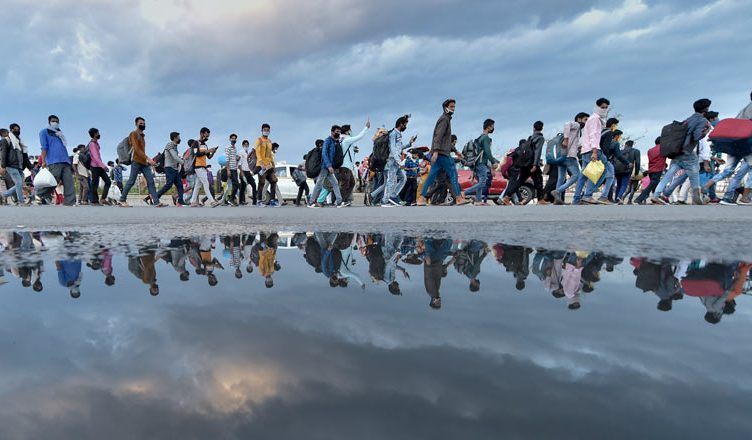 As the world commemorates the International Labour Day, the workers of India are particularly anxious about what the future beckons. With the Coronavirus pandemic crippling the economy and the government being comatose, there is no plan to mitigate the crisis that is only going to worsen. This BJP government’s disregard for workers is barely concealed by their robotic and insincere wishes on days of international importance. Millions of workers and farmers have been completely left out from even the paltry financial package the government announced.

While the PM found the time to deliver insipid and uninspiring speeches, he has made no attempt to provide for the millions of migrant workers stranded across India, far away from their homes and left to fend for themselves without a source of income. Rather than working to provide for people, the PM has on numerous occasions appealed to the faceless public to help people in distress. The PM epitomizes the attitude of the BJP government towards the poor and marginalized, which he has revealed several times throughout his term since 2014. An incident that particularly stands out is his refusal to meet protesting farmers who had come to Delhi seeking an audience with the PM. And while lakhs of farmers were protesting in Maharashtra, instead of assuaging their anxieties, the PM had chosen to meet a Bollywood actress. Refreshing these memories of the BJP government will make it clear that it isn’t debilitated by the Coronavirus pandemic—it just doesn’t care about the poor!

In contrast, the states led by the opposition Congress party have been responding to the crisis by ensuring humane governance. Amidst the lockdown, the Rajasthan government has announced an increase in the wages and working hours for workers under the MGNREGA scheme. While skilled and semi-skilled workers will be paid ₹235 per day, as opposed to ₹213, the unskilled workers will now earn an increased wage of ₹220 per day instead of the earlier ₹199. Rajasthan also saw a record 10-fold increase in those employed under the scheme in just 4 days. Meanwhile, Chhattisgarh leads the country in providing employment to villagers under the MGNREGA. It must be noted that in the union budget presented earlier this year, the government slashed the funding of the scheme by 13 percent. And not too long ago, the PM mocked the scheme and called it the ‘living monument of UPA failure’. The scheme is now sustaining life by becoming a source of livelihood for millions of people even as India comes to terms with the pandemic.

The BJP must realize that governance is not a spectacle, drummed up by a pliant media. The realities do not change by ‘managing data’ and fudging numbers. Rather than paying lip service to workers, it needs to understand the problems faced by the masses. And instead of proposing a structural change in the Constitution by asking for the word ‘Socialism’ to be removed—a word which ironically is also an integral part of the BJP’s part constitution—it must understand that there can be no socioeconomic justice without addressing labour problems in India.