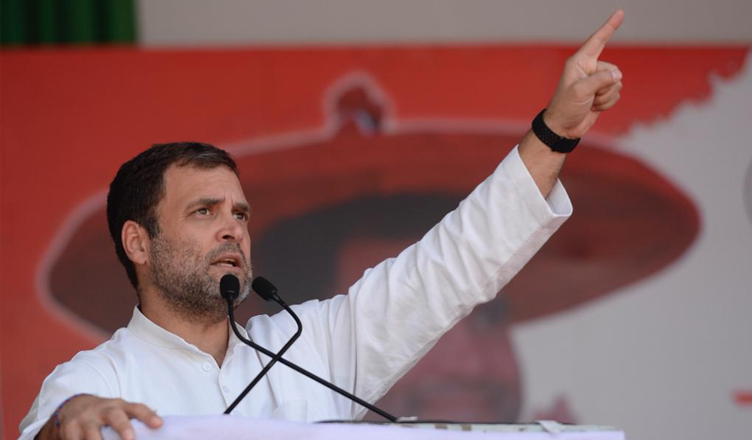 Kick-starting Assam poll campaign, Congress President Rahul Gandhi on Tuesday said that all that has been snatched from the state by the BJP government will be given back to it once the Congress comes to power.

“The Congress party had given Special Status to Assam. Narendra Modi, RSS (Rashtriya Swayamsevak Sangh), BJP (Bharatiya Janata Party) took that away from Assam. When we come back to power, Special Status for Assam will be restored. North East Industrial Policy was introduced to promote industries and create jobs in North East. BJP stole that away too. We will bring it back and open all the paper mills that were shut down,” Gandhi said while addressing a public rally in Guwahati.

Drawing difference between the ideologies of the BJP and that of the Congress, the Gandhi scion said that his party will protect the North East history and culture from RSS.

“Today in India, there is a battle between two ideologies. On one hand there is BJP-RSS’ ideology of hatred and on the other there is the ideology of love followed by Congress and the people of India. In North East, there is an attack by RSS on history, language and lifestyle. RSS ideology has destroyed all the North East states. From this stage I want to tell everyone, Congress party will ensure that we will protect North East history and culture  from BJP-RSS,” he said.

Gandhi further ensured Assam youth of high quality education in the state itself.

“Youth from North East migrate to cities in different states in search of education. We will ensure that Assam youth get high quality education in Assam,” he said.

Accusing Prime Minister Narendra Modi of indulging in crony capitalism, Gandhi said that the BJP-RSS want people of Assam and North East to fight amongst each other.

Gandhi then reiterated his promise of providing minimum income guarantee as soon as they come to power.

“We introduced White Revolution, Green Revolution, IT Revolution and now Congress party has decided to take another historic step. As soon as we come to power, we will implement ‘Minimum Income Guarantee’. It means, we will directly transfer minimum income to the India’s poor,” he said.

“Mr. Modi promised several things to Assam’s tea gardens and it’s labourers, but did nothing. We will ensure minimum wage to the tea labourers. I have fulfilled all my promises and I will fulfil this too,” he added.

Talking about National Register of Citizens (NRC), Gandhi said that his party will ensure that no Indian is left out of the former.

He further said that the Congress party stopped the Citizenship Amendment Bill in Rajya Sabha because it was anti-North East.

“The main reason why North East is rioting today is due to Citizenship Amendment Bill, which is anti-North East. Congress party stopped it in Rajya Sabha. We stood with you when you needed us,” he said.

Later in day, Gandhi will have an interaction with leaders and party workers at Srimanta Sankaradeva International Convention Centre in Guwahati.

One thought on “We will restore Special Status to Assam which BJP took away: Rahul Gandhi”