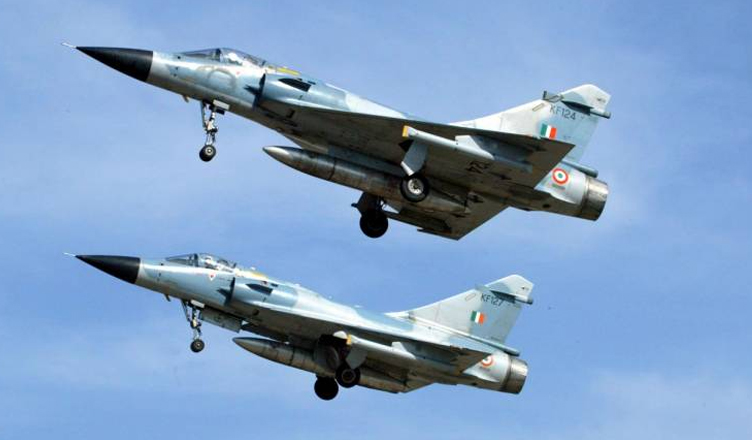 This comes in response to the February 14 Pulwama terror attack, in which 40 Central Reserve Police Force (CRPF) personnel were killed when a suicide bomber rammed an explosive-laden vehicle into the 78-bus convoy carrying over 2500 CRPF personnel.

Congress chief Rahul Gandhi took to Twitter and wrote, “I salute the pilots of the IAF.”

“I salute the bravery of Indian Air Force pilots who have made us proud by striking terror targets in Pakistan,” Kejriwal tweeted.

I salute the Indian Air Force and indeed all our Armed Forces. Congratulations @IAF_MCC

Rashtriya Janata Dal leader Tejashwi Yadav said the country is blessed to have such soldiers.

“We salute bravery of our pilots and Air Force. We are blessed and proud of our forces. Jai Hind,” he tweeted.

We salute bravery of our pilots and Air Force. We are blessed and proud of our forces. Jai Hind

Foreign Secretary Vijay Gokhale, in a press briefing, said that the actions was targeted specifically at the JeM camp.

“India is firmly & resolutely committed to taking all measures to fight the menace of terrorism. This non-military pre-emptive action was targeted specifically at the JeM camp. The selection of the target was also conditioned by our desire to avoid civilian casualties,” Gokhale informed the media.

According to The Print, the IAF bombed three locations in Pakistan and Pakistan-occupied Kashmir (PoK). The strikes which began at 3.45 am lasted 21 minutes.

According to top military sources quoted by The Print, the three locations included, Balakot which is in the Khyber Pakhtunkhwa province of Pakistan. It was the bombed between 3.45 am and 3.53 am.

The second location was in Muzaffarabad, capital of PoK, which was bombed between 3.48 am and 3.55 am.