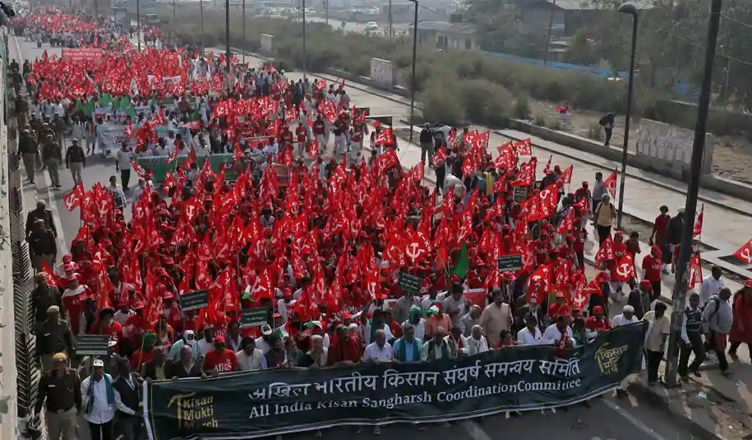 Over 1 lakh farmers, under the banner of the All India Kisan Sangharsh Coordination Committee (AIKSCC), a platform of 200 farmers’ groups, have gathered in the national capital for taking out a rally to Parliament.

The farmers have gathered to raise their demands including implementation of the MS Swaminathan Committee, better Minimum Support Price (MSP) for their crops and loan waiver.

Farmers from across the country assembled at Ramlila ground yesterday (Thursday), where arrangements for them to sleep in tents were made.

Also read: Will ensure people get what they were promised: Rahul Gandhi in Telangana

95 officers from the rank of inspectors up to additional deputy commissioners of police will also be on the ground to monitor the situation.

The farmers from Tamil Nadu, who staged protests at Jantar Mantar last year, have threatened to march naked if stopped from marching to Parliament.

Swaraj India president and AIKSCC member Yogendra Yadav said on Tuesday, “Note-bandi (Demonetisation) and drought-handling policies show that the Modi government is not just displaying a lack of political will, but active hostility.”

“The farmers will ensure that a government that brought in notebandi will face vote-bandi (no-votes),” The Hindu had quoted joint secretary of the All-India Kisan Sabha Vijoo Krishnan as saying.