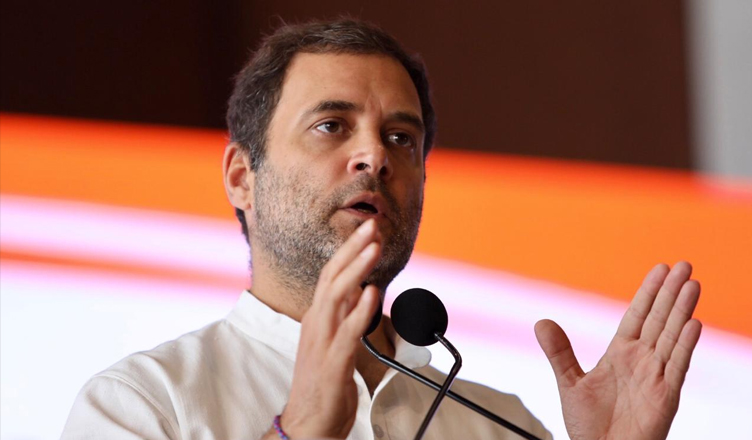 Congress President Rahul Gandhi on Thursday promised the people of Telangana to fulfil all the promises that were made to them by the KCR government but still remain unfulfilled.

He also talked about the things that the Congress Party intends to implement in the state once it comes to power.

The Congress Chief said that the Tribal Bill, which has neither been enforced by Prime Minister Narendra Modi in the Centre nor by Chief Minister K. Chandrasekhar Rao in Telangana, will be implemented by them.

“During the UPA government, we had introduced Tribal Bill throughout the country. We had promised Aadivasis of the country that the benefits of land, water and forest belongs to them. However, today, these rights are not enforced. Tribal Bill is not enforced by Mr. Modi in Centre and CM KCR in Telangana. We will ensure that it is implemented fully,” Gandhi said while addressing a rally in Telangana’s Bhupalpally.

“KCR government had promised to establish Tribal University, but they failed to fulfil their promise. Congress government will ensure that even their promises are fulfilled,” he added.

He further said that the NDA government always tries to privatise government companies but they will ensure that Singareni Coal Mines are not privatised.

“In our manifesto we have committed to implement a few demands for the workers of Singareni Coal Mines. People working on contract basis will be regularised. Cases where workers were dismissed from their jobs will be examined,” he said.

Gandhi further said that without empowering farmers and employment to youth, no country can progress.

“Congress government will waive farm loans up to ₹2,00,000. 17 crops will get fair MSPs and we will generate employment for youth. Our government will ensure that bank facilities are made more accessible to farmers and young entrepreneurs,” he said.

Gandhi will address two more rallies in Armoor and Pargi later in the day.