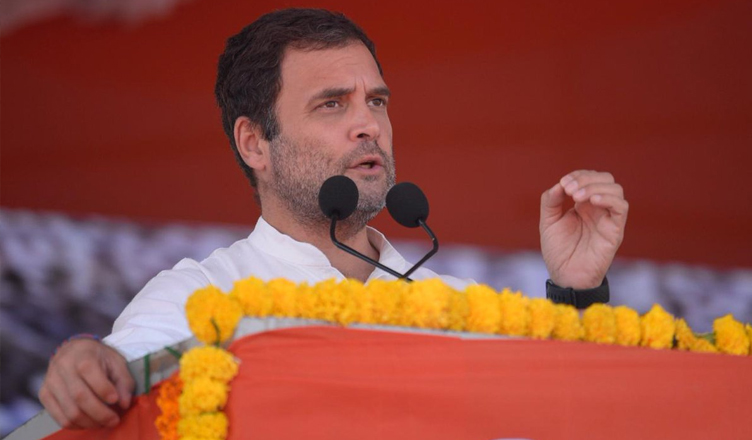 “KCR’s only job has been to rename old Congress projects only by enhancing their costs, and getting commission for himself and his family. Your dream has been destroyed by ‘Khao Commission Rao’. Despite having so much land and forest, tribals here have no protection and their rights are consistently being trampled upon.,” Gandhi said while addressing a public gathering in Nizamabad, Telangana.

Gandhi addressed a series of rallies in the poll-bound state yesterday, and in his speeches launched attacks on Prime Minister Narendra Modi and KCR by accusing them of benefitting only corporates and ignoring to give tribals and farmers their due rights.

“When he became the Chief Minister, Telangana was at a surplus of Rs 17,000 crore but today it is reeling under debts of over Rs 2.5 lakh crore. On one hand KCR is burdening every family with debts, on the other hand his son’s income has grown by over 400 per cent,” said Gandhi while addressing another rally in Bhupalpally of Jayashankar Bhupalpally district.

Taking a jibe at Telangana Rashtra Samithi (TRS), the Gandhi scion said that the real name of TRS is Telangana RSS (T-RSS), hinting towards “its bond with the RSS (Rashtriya Swayamsevak Sangh).”

“TRS and MIM are B-Team and C-team of BJP,” Gandhi added.

On Wednesday, Gandhi and Telugu Desam Party (TDP) chief N. Chandrababu Naidu addressed a rally together in the state.

After the rally, Gandhi told NDTV, “We like each other. We think there is a lot we can do together and I think, you’re going to see that in these next coming elections, we are going to win elections.”