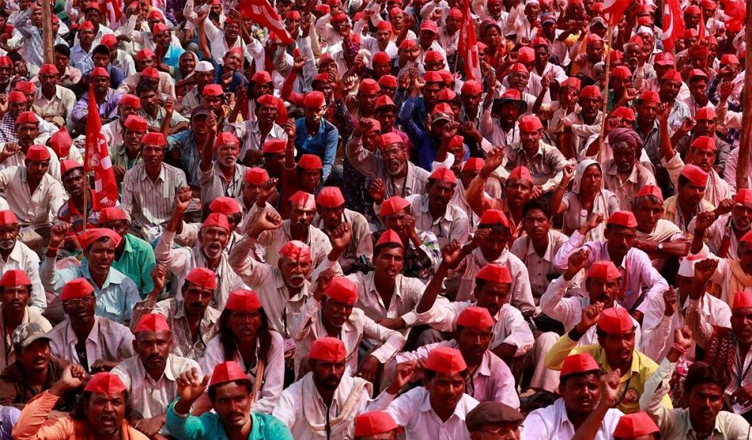 Kisan Mukti March, a protest which will see participation of over one lakh of farmers under the banner of the All India Kisan Sangharsh Coordination Committee (AIKSCC), is all set to be held on November 29 and 30.

The farmers will be marching under the banner of AIKSCC, a platform of 200 farmers’ groups, and will be witnessed chanting the slogan “Dilli chalo.”

While claiming that over 4 lakh farmers had committed suicide  and 79 cattle traders had been lynched in the last four-and-a-half years, Hannan Mollah, general secretary of the All India Kisan Sabha, a member of the AIKSCC told The Hindu, “The next election will be fought on the agrarian crisis.”

Swaraj India president and AIKSCC member Yogendra Yadav said, “Note-bandi (Demonetisation) and drought-handling policies show that the Modi government is not just displaying a lack of political will, but active hostility.”

“The farmers will ensure that a government that brought in notebandi will face vote-bandi (no-votes),” The Hindu quoted joint secretary of the All-India Kisan Sabha Vijoo Krishnan as saying.

The farmers have been demanding the government to guarantee minimum support price (MSP) to them for their crops and waive off their loans.