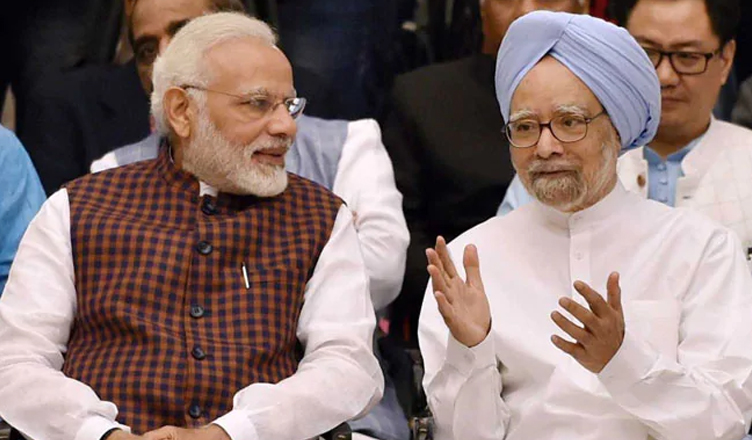 Former Prime Minister Manmohan Singh on Monday advised Prime Minister Narendra Modi to exercise restraint when going to non-BJP ruled states. He further said that the Pm Modi’s conduct must be worthy and consistent with that obligation that he has as prime minister.

“My advice to the prime minister is that he should exercise due restraint becoming of the office of the prime minister. The Prime Minister, when he goes to states which are ruled by parties other than to which he belongs, I think, has an obligation not to use language of the kind which has now become a common practice,” Singh said while speaking at the launch of a book “Fables of Fractured Times” by former union minister Manish Tewari.

The former Prime Minister further said that when he was the prime minister his relations with the chief ministers of BJP-ruled states were very good.

Earlier on October 26, while speaking at the launch of Congress leader Shashi Tharoor’s book “The Paradoxical Prime Minister”, Singh had that PM Modi is a “paradoxical prime minister.”

“He (Modi) has spoken of being a Prime Minister for all Indians but the government he presides on has been mostly silent in the face of widespread communal violence, mob lynching, cow vigilantism. At the same time, academic freedom has been curbed,” he had said.

Singh had further said that in the past four years, PM Modi and his government have failed their electorate and eroded the voters’ faith in his words and promises.

“Much of what the Modi government is all about has turned out to be little more than a series of empty gestures and gimmick with very little substance having been achieved on the ground,” he had said.