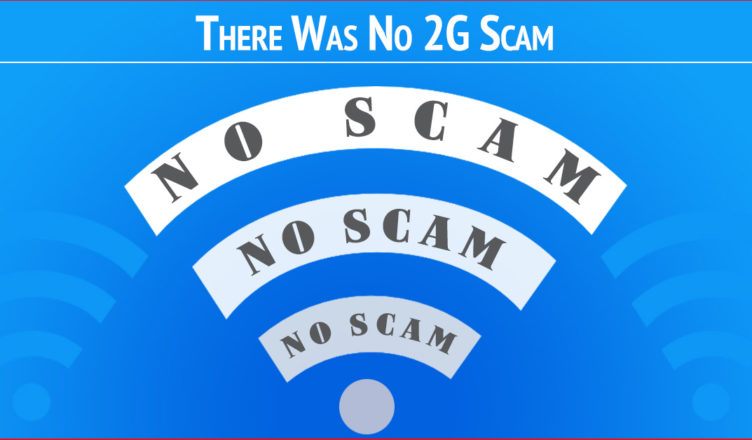 The statement of the judge has proven that there was no such scam as 2G, but that it was only a conspiracy by the BJP to come to power by any means.

Skipping the legislative scrutiny, former CAG Vinod Rai leaked the report the media, on the basis of which then a PIL was filed.

The CAG report was not submitted to the Public Accounts Committee and Parliament neither was any response was taken from the then government.

On the contrary, it was leaked to the media and a PIL was filed based on the leaked report.

The so-called 2011 scam was unearthed when a report by the CAG of India said that Raja caused the exchequer a loss of Rs. 1.76 lakh crore by allocating 2G spectrum at throwaway prices instead of carrying free and fair auctions.

However, the judgement proves the “zero loss” theory that former Union Minister and senior Congress leader Kapil Sibal advocated in 2011. He claimed that no loss was caused by distributing 2G licenses on a first-come-first-served basis.

WHO BENEFITED FROM THE 2G CONSPIRACY?

Former chairman of the Telecom Regulatory Authority of India (Trai) Nripendra Misra had charged Raja of cherry picking from his recommendations, instead of accepting them in their entirety.

The same man was named as the Principal Secretary to the Prime Minister in 2014. This was made possible by an ordinance that was pushed through in 2 days with great swiftness. Was Misra being rewarded for his role in the 2G conspiracy?

On the other hand, former CAG Vinod Rai, the inventor of this ‘scam’, has been awarded the Padma Bhushan Award.

He now holds prestigious positions at the Banks Board Bureau and BCCI.

Secondly, for misleading the country and world with the 2G allegations.

The good part however is that, in the end, the justice has prevailed and the truth has triumphed.

The judgement has spoken for itself and has zipped the mouths of those who hurled insults at the UPA government, or called it corrupt.