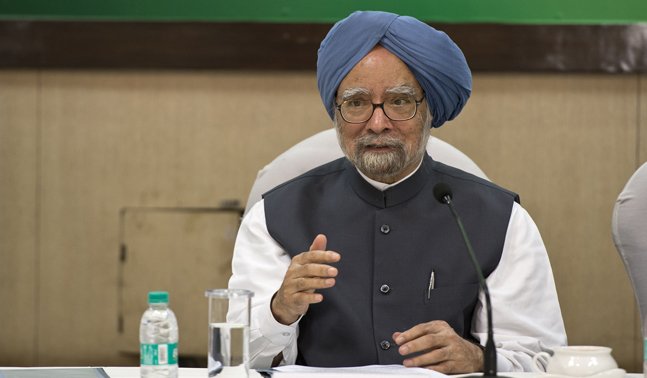 While welcoming the special CBI court’s verdict in the 2G scam case, former PM Dr. Manmohan Singh said that the court has pronounced that the massive propaganda against UPA was without any foundation.

“I think the judgment has to be respected. I am glad that the court has pronounced unambiguously that all this massive propaganda which was being run against the UPA government was without any foundation,” the former PM said after the court acquitted all the accused in the case.

His words towards the end of his tenure that “history will be kinder” stand true today.

Many other Congress leaders also hailed the court’s decision.

Former finance minister P. Chidambaram said, “Allegation of a major scam involving the highest levels of government was never true, was not correct and that has been established today.”

“Today, my words have proven right. There was no corruption, there was no loss. If there was any scam, it was a scam of lies, the Opposition and Vinod Rai’s lies. Vinod Rai must apologise to the nation,” Senior Congress leader Kapil Sibal said.

Further, Sibal said that the court’s verdict makes a case for the PM to come to the house and offer a clarification to the nation. He said, “This government was formed on the basis that UPA was embroiled in 2G & other scams, but now it has been proved that it was just a scam of lies by the Opposition.”

“Satyameva Jayate” or “Truth Alone Triumphs”, this age-old nugget of wisdom has been proven anew today and has proven that there was no 2G scam ever but was only a malicious propaganda of the opposition to malign UPA’s image.