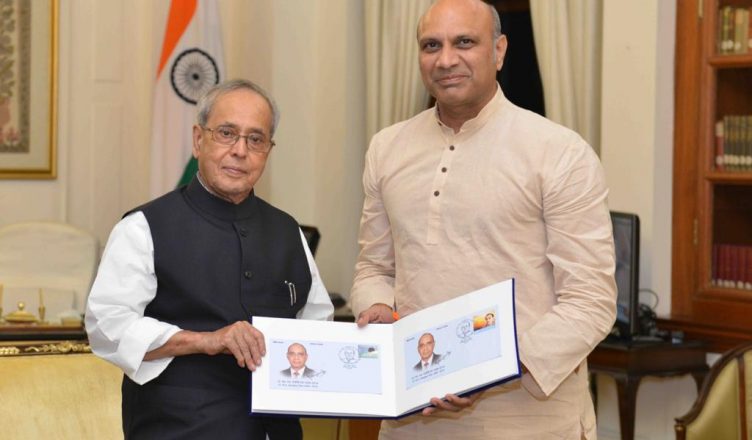 As I write this note from my heart, my mind is filled with varied recollections of my times with Dada, as Pranabda was referred to by most who felt close to him. Apart from being an invaluable colleague of my father Dr MS Sanjeevi Rao, in Smt. Indira Gandhi’s council of ministers and those who stood by her during her political lows, he was kind enough to agree to and release the book on my father in February 2018, along with Dr Manmohan Singh, at Teen Murti Bhavan auditorium.

My association with him which started as his MOS in the Ministry of Defence in Jan 2006 was a great learning experience! Later that year he moved into External Affairs but I would meet him often and his guidance continued well into the 2nd term of the UPA Govt. I am sure that his blessings and his opinion counted in my elevation as a Cabinet Minister of HRD. I was privileged to have him swear me in as the Cabinet Minister when he was the Rashtrapati!

As the ‘visitor’ to the Central Government funded higher education institutions, Rashtrapati Bhavan became the venue for conferences with the academic heads, that I as the Minister of HRD had to conduct. His guidance and ideas at those interactions were full of farsighted practical wisdom. I gained immensely through his able guidance and advice while discharging my responsibilities in the Ministry. He was also very proper in advising me not to go ahead with certain VC appointments during the 2014 elections as he said that would be tantamount to neglecting protocol, as we were only a caretaker Government once elections were declared.

My association with him continued beyond the Rashtrapati Bhavan and I was one of the first to visit him in his new home on 10 Rajaji Marg, the same house in which Dr APJ Abdul Kalam had lived. His sagacity and advice to the Congress party and the Governments beginning from Smt. Indira Gandhi’s time are legendary and had been indispensable! It was a moment of great pride for me personally to attend his ‘Bharat Ratna’ award ceremony at Rashtrapati Bhavan—a truly befitting tribute to a statesman and an institution who had his origins from humble beginnings in West Bengal.

May God bless his soul grant him Moksha!