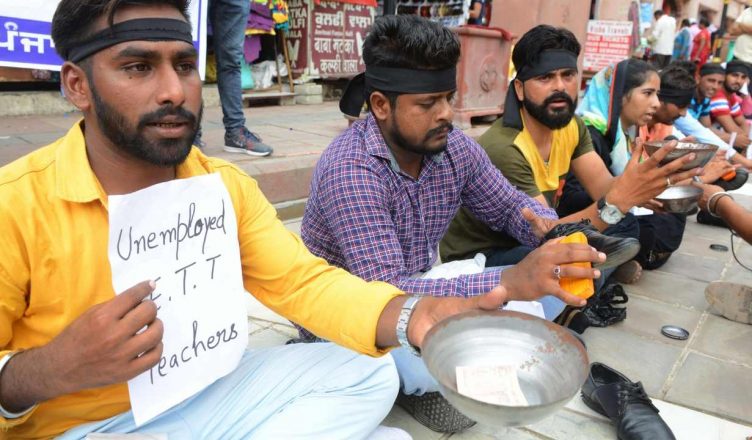 The media isn’t talking about it. Neither is the PM appearing on TV at 8 pm to announce some gimmickry to overcome it. That speaks volumes about the magnitude of the unemployment problem. It is so massive that even Narendra Modi can see it and is deeply anxious about it.

The BJP appears to have extended the “don’t ask-don’t tell” strategy to “don’t let them ask and refuse to tell” approach to their administration. With a pliable media which actively digresses from pertinent issues, the BJP’s approach is to manage headlines to suit their ‘administration by distraction’.

That explains why there is radio silence from the Indian media regarding the massive job losses. According to the Centre for Monitoring Indian Economy (CMIE), a whopping 1.89 crore salaried people have lost their jobs since April 2020, with 50 lakh jobs being lost only in the month of July. Further, another 68 lakh daily wage earners also lost their jobs adding to the woes of the most vulnerable sections of society. The rate of job losses is increasing alarmingly, with the unemployment rate being 8.67% for the week ending on August 9th, but increasing to 9.1% for the week ending on August 16th.

Not only is the Indian media not reporting the grave situation of the economy, it often engages in conducting trivial ‘mood of the nation’ surveys conducted on the social media. It seldom discusses the fact all leading agencies and think tanks foretell a negative growth for the Indian economy. While Bernstein projects the Indian economy to ‘grow’ at -7% the World Bank is very ‘optimistic’ and projects a -3.2% growth for the year 2020-2021.

According to a report by the International Labour Organization and the Asian Development Bank (ILO-ADB), 41 lakh youth in India have lost their jobs during the pandemic.

It is not that the economic woes are induced by the pandemic. While the pandemic has certainly deepened our problems, our economy was already heading towards disaster under the BJP. It is now widely known that after the BJP came to power there has been a spike in NPAs and India also reported the highest unemployment in over 4 decades. The ILO-ADB report further states that the youth (between the ages of 15 and 24 years) will be the hardest hit with major job losses in several key sectors.

Congress leaders who had warned the BJP about the impending pandemic in February have once again cautioned the nation that after 6-7 months —when the moratorium period completes — the government will not be able to provide employment opportunities for the youth. India’s demographic dividend is now headed for a demographic disaster due to the BJP’s imprudent policies.

Brimming with arrogant and deeply insecure leaders, the BJP refuses to accept that there is a massive problem facing India. They are averse to discussing the destroyed economy, lest their culpability in it is exposed to the citizens. What they do not realize is that with a weak economy, India is weakened and becomes vulnerable. As Rahul Gandhi explained in one of his video series, the fact that the Chinese and even the friendly and smaller nations are now openly acting against India’s interests, while the BJP continues to be clueless.

Who’s going to tell the BJP about the economic elephant in the room? The Indian media will not as they are complicit. Will the citizens as duty bound Indians voice out their anxieties?