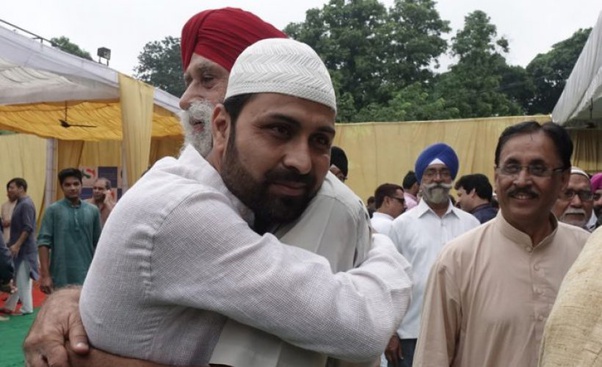 Hate speeches are being ignored since a while to suit the region and the targeted population. Whether it is Akbaruddin Owaisi from AIMIM or Raja from BJP, the reaction to hate speech has subdued. Polarization starts from the word “representation” which Mr. Asaddudin Owaisi is a champion of.

Minorities in the country understand the word “minority” but are still being deluded by the fake promises made to them by the people they trust. Instead of putting faith in secular faces during elections the minorities are given dummies to vote for in the name of religion and caste by the parties. When lost, they blame it on communalism, whereas fighting elections on hate speeches and religious grounds is the real communalism.

RSS cleverly engineered the destruction of the secular fabric of India with a well oiled machinery. The Anna movement was a mere example of it. They used every medium either social media or Whatsapp forwards to keep the hands full of those few skeptical heads who wanted to believe that India can’t be this easily progressive or harmonious. They took advantage of every moment and sadly they were able to seize it with what we today call fake news. The laboratory of such experiments has been exposed to an extent but still needs to be destroyed.

Is it that difficult for minorities to put faith in non-minority secular faces and is it impossible for the majority to trust faces from minority to represent them?

Is it not back to the times of Hindu Mahasabha and All India Muslim League who poisoned the atmosphere when India was awaiting Independence? India rejected the politics of hate then and now is the time to prove that the poison of hate cannot be consumed in the chambers of religion.

Yes, every section in the country wants their voice to be heard but will that voice and the words change if they’re coming from a different community?
No it will have more weight and volume added to it. No its not an experiment. Its a well established fact that India loves India.

Remember the cases of lynching and riots? They have been worse from the constituencies where the voting was done on Religious grounds rather on the face of development. Trust is missing among each other and that is what is been proven to be the fuel of communalism, and that fuel is driving us towards economic, social & harmony destruction and we Indians are enjoying at the back seat while been driven to a wall.

We are neighbors to each other
We are friends with each other
We were happy in celebrating each others happiness.
That all is been destroyed slowly by first saying its western culture…

Happiness and celebrations were labeled western. Then it cleverly advanced towards our own festivals of happiness. We are the culprits who are watching it happen in the name of faith & beliefs.

Fortunately, secularism is a car equipped with reverse gear. We as a country just have to change gears. We need to go back to a time where there was harmony, trust, respect, belief among ourselves.

We are a democracy and we will stay one.