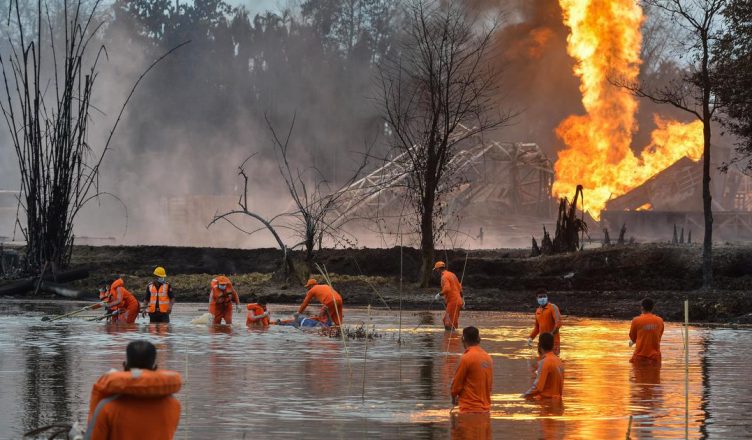 The biggest enemy of progress and sustainable development is human ignorance. And when it comes to ignorance, the BJP through its actions has proved time and again that the party brims ignorance. The inability to assess the threats of our actions and how it can jeopardize our future has become the hallmark of the BJP when they are not shredding the harmonious social fabric of India. In fact, the Prime Minister has revealed his ignorance time and again publicly—whether it is his fallacious belief of cooking gas being generated from the gutters or his proposition that there is no climate change, but what we experience is just a change in our tolerance to weather conditions.

The deadly combination of ignorance and arrogance that the BJP has become infamous for is endangering India. Feigning concern for national development, the BJP has announced the draft of the Environment Impact Assessment (EIA) Notification, 2020. The EIA which is an environmental clearance regulatory framework was initiated by the Congress government way back in 1994. It finally saw the light of day in 2006, once again during the Congress led UPA term.

However, the draft notification issued by the BJP is deceptively titled as it is by no means meant to protect our environment and ensure sustainable development. The idea of an Environment Impact Assessment is to ascertain the damage a project might have and thereby deciding whether to scrap the project or make appropriate changes to minimize the impact.

If the BJP has its way, projects which it feels are strategic will not require an EIA. As such, even highly polluting industries and mining activity will be exempt. Rails and roads can be built through forests without any resistance. Further, the very idea of the EIA is destroyed as the BJP has envisages that the EIA clearance can be given post-facto. This means that a project can be undertaken without an EIA clearance and can apply for it at a later stage. In the event that the project is found to have adverse effects, a penalty will be imposed after the environmental damage has been done. In effect, this is akin to offering first aid after the postmortem!

The BJP’s attitude towards the environment is hostile given that it has virtually disbanded the National Green Tribunal (NGT), which is India’s only specialized environmental court—the NGT too was established during the Congress led UPA term. Further, the BJP has come down very hard on environmental activists, which reflects in the fact that according to a ‘Defenders of the Earth’ report in 2017, India is in the dubious list of ‘deadliest countries for environmental activists’. In fact, several websites of environmental advocacy groups in India were ‘blocked’ and at least one group was slapped under sections of the draconian “anti-terror law”, the Unlawful Activities Prevention Act. Ironically, action was taken against these environmental advocacy groups as the Environment Minister was peeved by receiving too many e-mails from them criticizing the EIA Notification 2020.

With this being the attitude of the BJP towards the environment, particularly when climate change is resulting in increasingly frequent and catastrophic calamities and even the outbreak of the pandemic being attributed to deforestation, it is clear that they are the hindrance to India’s sustainable development. Rather than displaying tokenism on days to promote environmental awareness, the BJP must first introspect whether it wants to continue supporting its cronies or whether it will adhere to its duty of working for India’s progress. If this hostile attitude of the BJP continues it will go down as an enemy of India’s environmental security and the BJP’s EIA 2020 will be construed to mean—Enemy In Action!