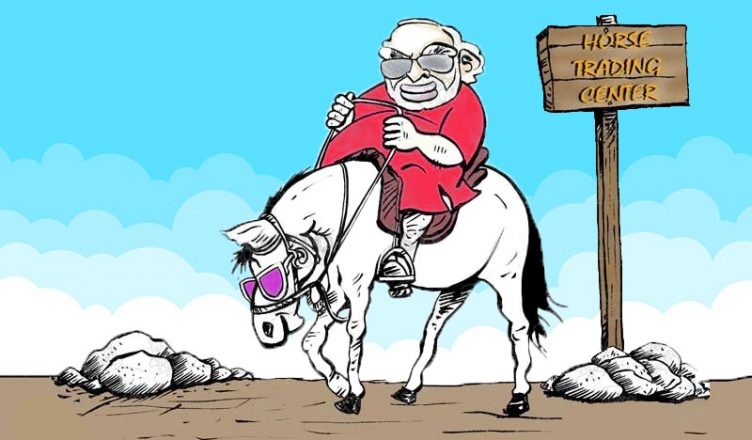 Even as the total cases of Covid-19 in India are a whopping 8,78,254, with the past 24 hours posting the worst figures of 28,701 cases and 500 deaths, the BJP has completely given up on dealing with the worst public health crisis India has had. In fact, a major part of the blame is with the BJP as it refused to take adequate measures despite being cautioned multiple times.

It is not just a matter of the BJP’s incompetence but it’s warped priorities. Any self-respecting government would leave no resource unspent to fight a crisis of this magnitude, which is compounded by a belligerent China.

Despite the BJP’s inaction, where the Congress is in power either on its own or as a coalition partner, there has been a much better response to the pandemic both in terms of medical response as well as economic assistance for people. In fact, while Gujarat poses the worst death rate in the country, followed by other BJP ruled states, the Congress ruled states are at the bottom of the list. The Congress ruled states account for only 4.29% of the total cases in India—this is a mere 37,690 cases out of a total 8,78,254, which they also post the least of all the death Covid-19 related death rates at 3.22% which is a mere 746 deaths put of a total 23,174 deaths in India.

On the economic front, Chhattisgarh launched the NYAY scheme on the 21st of May, ensuring that people have a minimum guaranteed income. This not only brings relief to those who have lost their sources of livelihood but will have a multiplier effect in promoting demand in a sluggish economy. Meanwhile, Punjab has provided employment to over 13.97 lakh people under the MNREGA scheme. It also allocated 5655 crore for Rural Transformation in order to alleviate the hardships brought forward by the Covid-19 crisis. Pondicherry was the first Union Territory/State to commence the MNREGA works in the country this year.

Rajasthan too has provided employment to more than 50 lakh people under the MNREGA, in addition to launching the ‘Raj Kaushal’ which is a centralized manpower repository to ensure jobs by encouraging industries in the state.

Even in states where the Congress is a coalition partner, the response has been stellar. For instance, the WHO has praised how the pandemic was curbed in the densely populated Dharavi slum in Mumbai. The key this achievement was a sensitive administration which has people’s welfare as the paramount goal. The BJP ruled states on the other hand top the country for the worst testing rates (Bihar) and other such dubious distinctions.

Rather than learning from the Congress ruled states or assisting them during the pandemic, the BJP has been actively making attempts to destabilize the governments. While it waited for the Madhya Pradesh government to fall in March, before taking cognizance of the pandemic, the BJP is now making attempts to destabilize the Rajasthan government. The ‘IT raids’ on Congress legislators earlier today are indicative of the pettiness that the BJP is brimming with.

The BJP will surely go down in history as the most incompetent government ever. They will be remembered not for playing proverbial the fiddle as the fire destroyed the country. The BJP is the one fiddling with democracy and starting the fires.