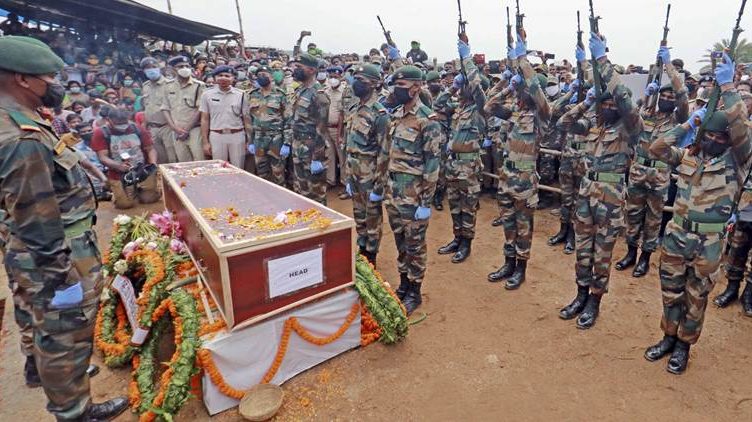 The hallmark of a cowardly person is bravado. With heavy doses of flexing its waning muscles the BJP’s bravado belies its unmissable cowardice. at a time when the country faces the gravest threat to our territorial integrity, the BJP has retreated into inaction. However, being the ruling party, it cannot keep silent on matters of national and territorial integrity. And therefore, it covers up its cowardice by deflecting attention by inventing issues, primarily by attacking the opposition Congress party which has been most vocal in questioning the government and thereby defending India’s democracy.

The BJP knows well that if it indeed does tells the nation the truth about how India’s interests and territorial integrity have been compromised, even the most fanatical ‘Bhakts’ would disown them. After all, the BJP often feigns nationalism, but its actions are not only devoid of courage, but are inimical to India’s development on all fronts. Despite all the power and pelf that the BJP has, it cannot inspire enough courage to face the Chinese aggression. If it wants to overcome the crisis, it must work in conjunction with the opposition, rather than attacking it.

Insinuating that the opposition is somehow being supported by foreign nations will only expose the hypocrisy of the BJP. The BJP will then have to answer several questions regarding its own funding. It will have to explain the donations to the PM CARES fund made by Chinese companies, as well as the donations from foreign sources made to the RSS. After all, it needs to explain how there has been a 500% increase in the donations to the BJP. The BJP will have to become transparent about electoral bonds and thus will have to face several allegations of Quid-Pro-Quo deals. The BJP government will tank, if it even has to think about investigating the think-tank Vivekananda Foundation and the India foundation.

Given that the Prime Minister is petrified of facing the free press and is the only leader in the world to not have done so, the BJP will have nightmares if it indeed has to face these questions. It evidently is a very cowardly party for ducking questions from the media and even the opposition in the legislatures. While some may argue that camouflaging cowardice is amongst the BJP’s greatest skills, matters pertaining to India’s territorial integrity are above partisan politics. The BJP must answer these questions and tell India why the government is creating a ‘buffer zone’ and pushing our defense forces, 2.4 km back in our own territory. It must be state clearly whether it is compromising on PP-14 in the Galwan valley and allowing the Chinese to claim it.

The government is answerable to the people. The people of India will pose questions through the opposition, as well as question them directly on various platforms including the Social Media and it has to respond. Incompetence and/or cowardice is not an excuse for the BJP to hide behind a pliant media. We must not stop questioning. It is the patriotic duty of every citizen to question the government and prevent it from diminishing and even destroying India’s power.