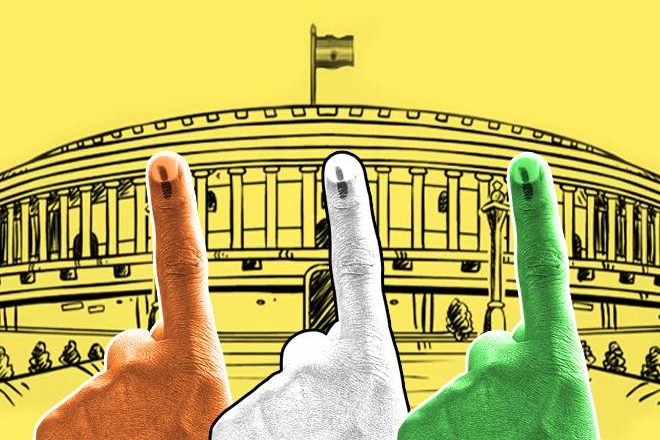 The BJP government with the help of media came to power by creating a false hype around PM Modi and promises like Bullet trains, making India a Super Power nation, Smart cities, bringing down inflation and fuel prices, making Indian Rupee stronger and abolishing black money.

The BJP Government has not only failed in fulfilling its ambitious electoral promises but is also slowly destroying the very secular and free fibers of our nation. Making a mockery of fundamental rights, it has labelled critics against the government as anti-nationals and have used ED & IT to suppress the voices of the opposition. This has killed the sense of questioning among majority of Indian citizens.

The BJP has also been as the forefront of all major economic failures. The government schemes like demonetization and GST damaged the Indian economy to the core which resulted in the highest unemployment in last 45 years and a big blow to the MSMEs across the nation. The GDP growth has slipped to 2.5% which was once at 10.8% during the Manmohan Singh era, India has slipped to the 103th rank in Global hunger index among 119 countries crossing Pakistan.

Apart from economic failures, the BJP has also been at the forefront of social failures. The acts like CAA and the NRC, the attacks on minorities by Gau rakshaks, Hindi Imposition, attacks on Dalits, Delhi riots, hatred speeches by BJP leaders has divided the people of this country destroying the secular fabric of this nation.

The paid media plays a major role in shielding the failures of this government by hiding the facts and not questioning the authroties responsible. In the case #COVID19 majority of Indian media have directly involved into spreading Islamophobia and hate which is the practice of most BJP leaders. The media anchors behaving as Government’s spokespersons is no longer a secret.

What alternative does India have?

Starting from India’s Independence the Congress party has driven the country in the way of progress. From building PSUs, dams, irrigational projects, industries, roads and great educational institutions like IITS, IIMs, AIMS and driving India towards technology and modernity to improving India’s scale of poverty. Along with the progress of the nation, the Congress safeguarded the idea of India and it’s “Unity amidst diversity”.

After attaining the independence India was a poverty stuck nation. It was the Congress that took the responsibility of governing the nation. They took over the task when India was in shamble after the British Raj and the partition, and transformed it into a progressive nation.

But let’s talk about the present. During the pandemic that the entire world is facing, the Congress is the only political party which came to the help of migrant laborers and the poor Indians. Youth Congress is reaching to the poor and needy, and State Congress committees paying the train fares of migrant labourers. Every Congress supporter can proudly say that Rahul Gandhi is the only leader who came out and met with Migrant labourers and arranged transport for them.

During each and every crisis Congress has shown the way, hence it is necessary for the Congress to revive itself and stop the BJP from further destroying the country.

The BJP party is the world’s richest political organisation with the support of Capitalist cronies and the media, making the fight against BJP a challenge for the Congress. However, Congress has millions of intelligent and committed party workers at the ground level and on Social media with whom we can take on our opponent, it’s necessary for the party  recognise, organise and utilise them. It is also necessary for the senior Congress leaders who privileged because of Congress party to stand in its difficult times and come out of their comforts and outdated political methods and strategies, adopt to the new age and generations.

Congress party should “Grow Stronger together” along with the party workers to save the country from the fascist and communal forces because Congress alone can save India.