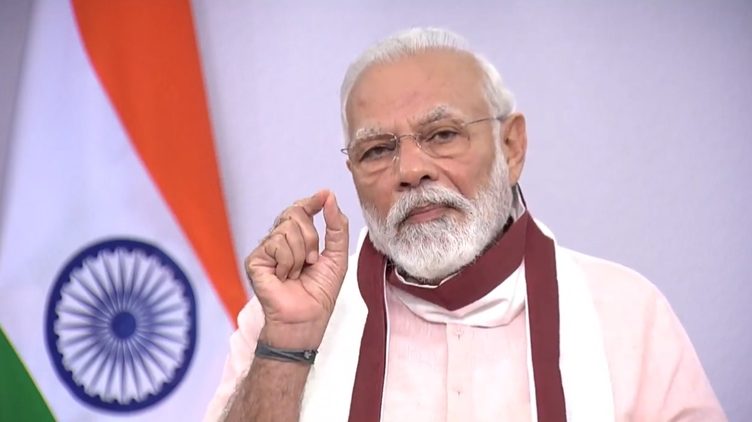 Once again PM Modi appeared at 8pm on TV. And once again he disappointed the nation. He claimed that his government would soon revive the economy by infusing ₹20 lakh crore into it. He gave no further details other than using fancy phrases like ‘Vocal for Local’, which appears to be a repackaging of his government’s failed ‘Make in India’ programme. As the BJP supporters enumerate the number of zeros in 20 lakh crores, lest they be left embarrassed like one of their spokespersons, who could not say how many zeros a trillion has. While the BJP supporters count the zeros, it is important for conscience-stricken Indians to count the zeros in the Modi government’s administration.

Perhaps the biggest zero in the Modi government’s handling of the Covid-19 crisis is the apathy it has for the poor and marginalized. Not only did it waste time in responding, that too inadequately to the pandemic, the BJP government completely ignored the plight of the poor and migrant labourers. It is reported that 93 migrant labourers died due to the unplanned lockdown. The PM’s speech had zero words about them. There was nary a word about India becoming the 12th worst affected country in the world. The PM also said zero words about the success—rather failure—of the lockdown as India now has 75,000 cases of Covid-19.

The zero words come from the zero thought that the BJP administration gives to India. After all, the sum total of zero is zero, no matter how many times the BJP’s supporters count them, which is likely to be zero, given their disdain for honest introspection. If they did introspect, they would recall that the PM has in the past announced such massive packages on several occasions. He announced a package of ₹1.25 lakh crores during the elections in Bihar—the deliver has been zero. Even when the announcements are not numerical figures, like the announcement of a special category status for Andhra Pradesh, the deliver has been zero.

The outcome of the ₹ 20 lakh crores is also likely to zero, which of course will be followed up by zero questions by a pliant and/or petrified media. What the PM means by Vocal for Local has not been explained. Does he advocate self-reliance—which was a policy of Jawaharlal Nehru? If so, is he competent enough to do it? Will he build infrastructure instead of statues—that too of Congress leaders? Or does the PM imply that we will attain some sort of autarky in a globalized economy? How does he plan to become vocal for local, when the locals are stranded on the highways without food, water or money? Questions galore, and answers zero. The parliamentary tradition of having a zero hour after the question hour is now acquiring a whole new meaning and significance.

As India descends into more chaos and our economy being set afire by a comatose government, the man who was supposed to save the nation was busy adding zeros to our collective future. But as he says, let’s be positive. At least, New India has a new story to tell—that when we burned, Nero added a zero!