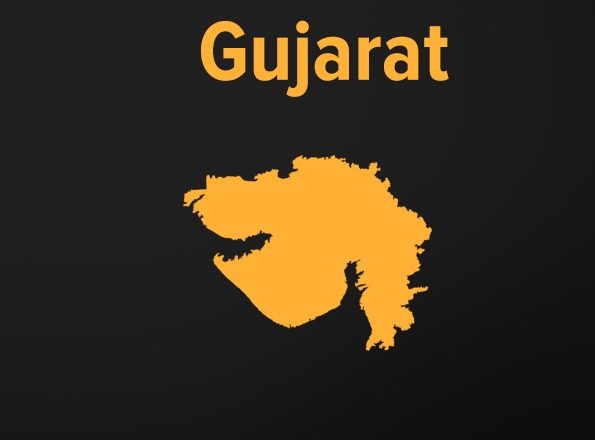 For years the state of Gujarat was drummed up by large sections of the media as the model state of India, worthy of emulation by every state that sought development. For a state that has been ruled by one party, with political stability since 1996, it is indefensible that it is not able to cope better with the pandemic. In comparison to the national recovery rate of 19%, Gujarat has been struggling at a dismal rate of 6.3%, as revealed by the official website of the Ministry of Health and Family Welfare. Gujarat also has the ignominy of posting the highest death rate thus far in the country during the Covid-19 pandemic. Since April 15th, the number of Covid-19 cases in Gujarat have tripled.

It isn’t that the state’s efforts have been struck by misfortune. It is a lesson to us that development is not in the plush corporate offices, but in ensuring a better quality of life. As a corollary, politics should be based on inclusive and sustainable development. Debates ought to be on policies and plans for progress, rather than high decibel chauvinism of any hue.

The Coronavirus pandemic, while catching us unawares, has also revealed which states were better prepared to deal with such crises. The states that have performed better, particularly the southern states of Kerala and Tamil Nadu have for long invested in public health, irrespective of the government in power. The Gujarat government, led by the BJP for over two decades has not been able to improve the state’s healthcare. In fact, Gujarat is amongst the worst states in terms of spending on health. The state’s GSDP ratio spent on health is less than 1% of its budget. Several states which are not as wealthy as Gujarat spend more on the health, in per-capita terms.

The disregard for people’s health is clearly showing on the ground, and not just during the pandemic. In march 2016, the UNICEF Rapid Survey on Children cautioned that about 10% of the state’s children were grossly underweight and that about 41.6% were stunted. In fact, in 2012, the then Chief Minister Narendra Modi, in an interview to the Wallstreet Journal claimed that malnutrition in the state was due to girls being fashion conscious. When the leadership is oblivious about what constitutes development, it is only natural that society suffers, particularly the weakest and the most vulnerable sections.

As the country grapples with the health crisis and braces itself for the impending economic tsunami, it would bode well for our democracy to question the Gujarat model. And since the Prime Minister shies away from addressing press conferences and taking questions, either because he has no answers, or because he’s afraid of making more gaffes, we would do the nation a great service by indulging in meaningful debate. Democracy and the prospects of development can be enhanced only when people question and debate rationally.

Rather than indulging in meaningless hashtag wars on social media, do think deeply about what ails our democracy and how we can as responsible citizens, irrespective of our political leanings, promote a better India. Share your thoughts in the comments. Stay Home and Stay Safe!