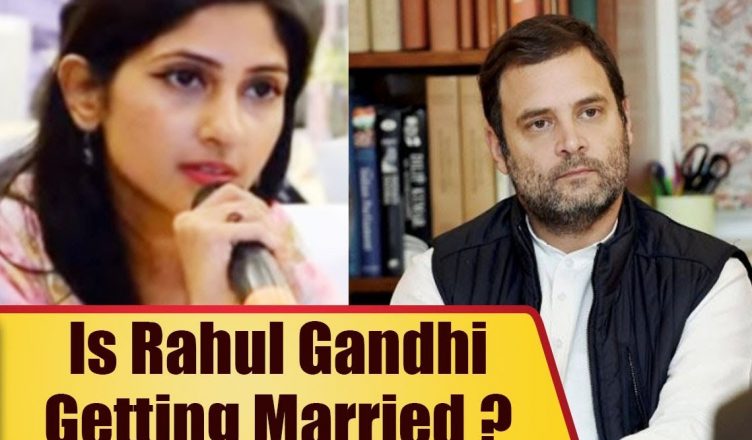 Rahul Gandhi is presently the President of the Indian National Congress. As per the party sources and also from the various interviews of Rahul Gandhi, it is obvious that Rahul has no plans of getting married at least for now. His sole objective in the present time is to oust Narendra Modi from power. Rahul Gandhi once made a statement that he is married to the Congress party. Rahul Gandhi in several interviews in the recent times has admitted that his sole goal at this moment is to defeat the prevailing Narendra Modi government in 2019 Lok Sabha election. This is indeed the biggest priority for him. So, at this point in time, Rahul Gandhi marriage is not a priority topic to be discussed.

Rahul Gandhi has been focusing and speaking only about his work and mission and is not at all focusing on his marriage or marriage goals at the moment. He is trying to bring in all the like-minded parties together and associate to form new allies. This grand alliance would certainly be able to defeat Bharatiya Janata Party in the next elections, said by Rahul Gandhi.

Rahul Gandhi also is focusing on the priorities very strongly. He is saying that he is trying to form the grand alliance of the several parties in order to defeat BJP. This is the primary objective to be achieved by the Congress party at the moment. Once this objective would be achieved successfully, then the decision of who would become the Prime Minister can be decided. This is not a priority for the Congress party at the moment, stated Rahul Gandhi.

Rahul Gandhi has been expressing a lot of confidence that the Congress-led coalition would certainly be able to come into power in 2019. This is being stated by Rahul Gandhi again and again in various interviews. Rahul Gandhi is only talking about his works, campaigns and political career and is not ready to share any plans of his personal life at the moment.

If you have been very inquisitive to know about Rahul Gandhi’s marriage, then, unfortunately, there is no much spicy or interesting update as of now. Whenever Rahul Gandhi is being interviewed by any media, he can’t stop talking about his works rather than talking about his marriage. In one of the interviews, he also said that he does not have any personal differences with Modi but he differs very strongly with him on the ideological front. Rahul Gandhi also begs to differ with Modi in all his policies. Rahul Gandhi has been fighting a strong ideological battle with the RSS and the BJP for several decades. This is only on the ideological grounds that the Congress is making all the efforts to form an alliance with the other like-minded parties.

Rahul Gandhi has been amicable enough to give a warm hug to Modi in the Parliament once to show that on personal front he is not Modi’s rival. Rahul Gandhi also stated that Modi does not like his political rivals and never intend to listen to them but Modi always expects that the others listen to him. When Rahul was asked whether he had adopted soft Hindutva in order to support the majority community, he replied that he does not believe in any nature of Hindutva whether soft or hard.

Overall, we can conclude that Rahul Gandhi is one of the most potent and promising political leaders in the country now. We wish him all the best in his professional as well as personal life.