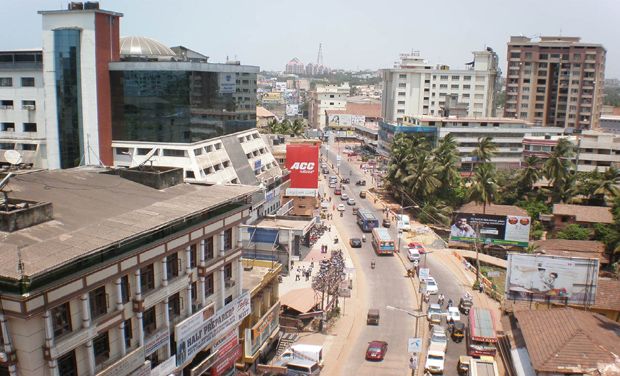 Today’s Amethi is much more developed and prosperous than what it used to be in the 1980s. Amethi is now considered as one of the highly developing regions with all-round development. Undoubtedly, the credit goes to the Congress party for Amethi’s development. Rajiv Gandhi chose to contest elections from the Amethi constituency and also was elected as the MP for two long terms. Rajiv Gandhi continued to represent Amethi constituency till his death in the year 1991. In Rajiv Gandhi’s tenure of 10 years, Amethi witnessed tremendous development in all the fronts like law & order, agriculture, industrialization, education, and connectivity. Some of the remarkable developments and achievements were witnessed in the agricultural field. It was noticed that several acres of alkaline and infertile land was transformed into very attractive lush green farms.

Even after Rajiv Gandhi’s death, the Congress MPs who represented Amethi continued to put in a lot of efforts and continued to advance the good works which eventually contributed to the overall development of Amethi. When Rahul Gandhi started his political career, he also very well continued the great developmental work in Amethi. Rahul Gandhi has been representing Amethi for three consecutive terms as an MP since the year 2004. Rahul Gandhi’s vision is to highlight and focus on the areas like agriculture, education & connectivity.

Rahul Gandhi has put in a special focus on the field of education and worked towards its development in a major way. Mr. Gandhi stated that for the proper progress of the society, education is indispensable. Rahul Gandhi made all the developments in order to impart proper education to the youths of Amethi. He took the initiative of prioritizing the investments in building a very robust network for imparting primary education as well as higher education to the youths of Amethi. Rahul Gandhi has undoubtedly transformed the overall face of education in Amethi by establishing five major institutes for imparting higher & specialized education.

Rahul Gandhi has very relevantly identified connectivity as another major focus area for development and this has made Amethi much more accessible to the people from other parts of the country and Rahul Gandhi’s initiatives have very well improved the connectivity to Amethi.  Rahul also expanded the scope of the employment and trade in Amethi which eventually developed the lifestyle of the Amethi residents considerably. Rahul Gandhi has been serving three consecutive terms in Amethi and during his tenure, he used considerably big funds from MPLAD and several other government schemes for constructing highways and roads and connected Amethi to various parts of Uttar Pradesh as well as several other parts of the country. The best part is that the improved connectivity, as well as the developing industrialization, has marginally encouraged several private enterprises to set up huge production units in Amethi which in turn increased the scopes of employment manifold for the Amethi residents.

For Congress President Rahul Gandhi, the promotion, as well as the protection of the farmers’ rights, has been on top of the agenda list. Rahul Gandhi has followed the footsteps of Rajiv Gandhi and revolutionized the agricultural scenario in Amethi. He very well prioritized the overall welfare of the farmers. He also encouraged the model of the agriculture and supported industrialization equally for the overall socio-economic development of Amethi. Amethi development is very much measurable and has always been result-oriented. Rahul Gandhi’s special initiatives have introduced modern and efficient techniques of agriculture and industrialization for building better industry in Amethi.