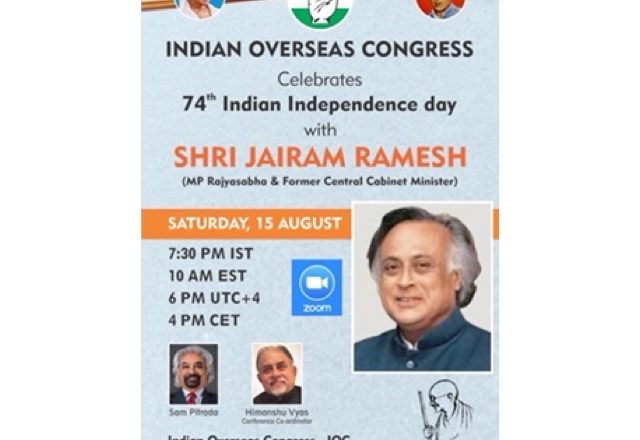 If there was an award for the most insensitive and inefficient government in the world, the BJP would ‘lie’ at the very top. After all, the BJP lied its way through and ignored numerous warnings. The result is that with over 11,55,191 cases in India, we still haven’t hit the abyss. We still don’t know how deep the abyss is and the BJP government is not concerned about arresting the spread of the contagion.

The now famous warning from Congress leader Rahul Gandhi on the 12th of February will go down in history of India as a watershed moment where the government’s apathy and lack of planning resulted in deepening the worst public health and economic crisis in India’s history.

The lack of adequate intelligence about the deadly virus was the government’s first failure. Any responsible government would track emerging threats and ready the state machinery to cope with it. However, the BJP was completely clueless about the magnitude of the impending crisis. When Rahul Gandhi cautioned the government, he was ignored by the BJP. Even as the number of cases began increasing exponentially, the BJP wasn’t alarmed.

It expended the government’s resources on organizing the ‘Namaste Trump’ event. The BJP was more concerned about covering the sight of slums from Donald Trump’s view and worked overtime to have them covered behind a wall. The BJP obstinately pretended that there was no potential public health crisis and that the Congress party was needlessly being alarmist.

The BJP carried on with its business as usual—toppling democratically elected state governments, spreading lies and misguiding India on several aspects—after all there is not one achievement that the BJP can write home about in the past six years. Far from contributing to India’s progress, the BJP’s governance has resulted in India’s development being curtailed and even regressing.

Even a few days before the lockdown was announced, the Ministry of Finance was arguing that there would be no economic impact on India due to the pandemic and that on the contrary, it would be an opportunity for growth. It is now estimated that over 12 crore jobs were lost due to the lockdown and the number is still increasing.

Not only did the BJP announce an inadequate relief package, without announcing any income assurance schemes, it also used the situation to indulge in economic impropriety. After setting up a new fund ostensibly to gather donations to fight the pandemic, the BJP government has refused to share the details of the PM CARES fund. Such lack of transparency only accentuated the corruption of the BJP which even refuses to investigate the ventilator scam which has not only resulted in a loss to the government exchequer, but also in the loss of thousands of lives.

When a government is so incompetent and obstinate that it refuses to see the pain that it inflicts upon its own people, it becomes the problem and not the solution. Just as the British government was only focused on its colonial interests even as millions of people died, the BJP too is only focused on grabbing power, even as millions of people are afflicted by the Coronavirus. India has faced and overcome several crises in the past. It has withstood the tyranny of the British rule and emerged victorious. It will overcome the BJP rule too!