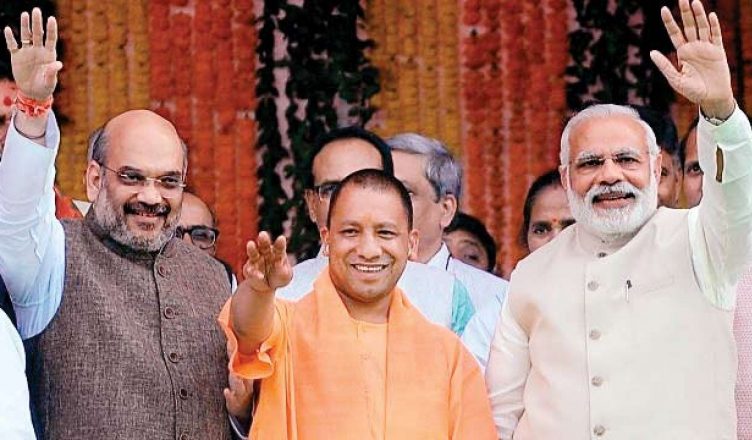 That Narendra Modi has delusions of grandeur is now widely known across India. And it appears that his penchant for lies and jumlas is contagious. It seems to have afflicted almost all his council of ministers, who have been speaking untruths and lies even during India’s biggest public health crisis. Going by the lies they speak even as people die, they appear to have no sense of propriety or morality. They even don’t seem to know India well.

While India has about 25 crore families, minister Smriti Irani claimed that the government helped 80 crore families during the pandemic. Of course, the PM a few years ago had himself indicated that he has the mandate of 600 crore people, while India’s population is about 130 crores.

The phantom voters are likely whom Finance Minister Nirmala Sitharaman was referring to when she claimed that the lower middle class in India ears about ₹ 6-18 lakh a year. Perhaps she was making adjustments to ensure that India’s dismal socioeconomic track record under the BJP is in alignment with Narendra Modi and Smriti Irani’s phantom families!

Speaking of track records, the Railway Minister carried forward the BJP’s record and ensured there was tyranny on the tracks. Several trains lost their way and ended up in destinations hundreds of kilometers away where they set out to reach. And on the way, scores of poor people had died due to starvation. Even the deaths of people do not matter to the BJP as they insensitively said that those who are not fit to travel must avoid travelling.

As the first cases of Covid-19 were reported in India, the BJP was delusional in organizing a public event for Donald Trump with much grandeur. And after they, they busied themselves with toppling governments rather than fighting the pandemic. When they finally decided to act, the Prime Minister delusionally claimed that he could fight the pandemic in 21 days. Perhaps he took his croc-fighting stories too seriously. Today, about 60 days later we have one of the highest cases in the world, with one of the lowest testing facilities. To digress from his failures, he announced a massive financial package of about 10% of India’s GDP. But it appears that the BJP added its contribution to the original figure of about 1% of India’s GDP, to make it appear much higher at 10%.

Cut off from reality, and severed from their conscience, the BJP continues to spin lies to cover their incompetence. However, their incompetence is hard to ignore as it results in lives and livelihoods being lost. There has been no reality check for the government which continues to slumber as people die and millions of lives are at stake. For too long, there has been personality worship in the BJP, with people afraid to even question the leadership over why India is increasingly becoming weak on all fronts under this government. Somebody needs to tell the emperor that he has no clothes. But those who can to tell him, must first put on some clothes themselves!