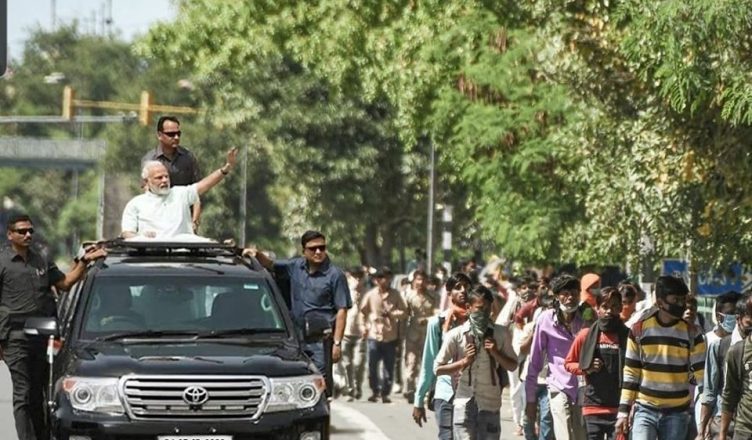 Corruption is a systemic problem in India. But only those completely devoid of a moral compass can siphon money as millions of lives are at stake—and they are at stake because of the BJP government’s maladministration. Despite claiming a holier than thou image, the BJP has been extremely secretive and resisting transparency at all levels. Even the details of the PM CARES fund collected in the name of fighting the pandemic have not been shared and kept out of audit by the CAG. Why is the BJP afraid? Is it because their scams will be known to the public? And why is the mainstream media so ‘pliant’? Has it been bought over or is being silenced by fear?

As the pandemic brought people’s lives to a standstill, the BJP government in Gujarat was busy making money in a fake ventilator scam. It is unconscionable that despite knowing how critical ventilators are for sustaining lives of patients, that too amidst an unprecedented public health emergency, the BJP government procured ventilators without the requisite license from the Drug Controller General of India. The ‘ventilators’, which were procured from the CM’s friend are in fact not ventilators by definition, even though the BJP claims them to be so. Gujarat has seen several deaths and its ability to deal with the pandemic has been one of the worst in the country. The BJP cannot escape culpability for procuring faulty equipment, knowing fully well that people would die without life support.

In the hill state of Himachal Pradesh, the BJP government was rocked by a major purchase scam related to the response to Covid-19. Officials in the state purchased protection equipment and consumables at inflated prices. The director of the health department was caught demanding a bribe in an audio recording. The state’s BJP chief Rajeev Bindal was involved in the controversy and he had to eventually resign.

The BJP has long been accused of crony corruption, but even by their low standards of propriety, making money over people’s deaths is shocking. From the coffin scam to the ventilator scam, the BJP has been involved in the most macabre money making. After putting India’s health and wellbeing in danger by responding late and inadequately to the deadly pandemic, the BJP’s incompetence created an acute shortage of testing kits and other equipment. As such, crucial equipment is being imported in which several middlemen are making huge profits. Last month, a dispute between the importer and the distributer of the crucial SARS CoV-2 Antibody test kits, revealed that there is a massive profiteering of almost 145% in the procurement process.

Whether it is their apathy to the millions of suffering people, many of whom are dying of starvation or their greed to enrich themselves even when their profits involve people dying—the BJP’s lack of a conscience is costing India very dearly. Under the BJP, India is losing lives, wealth and security. And yet, the Prime Minister claims that the BJP seeks to promote the concept of Atma Nirbhar. But it is clear that with its corruption, the BJP has driven India to the brink of bankruptcy, making vulnerable people dependent on the mercy of the government. It isn’t Atma Nirbhar, but Antim Nirbhar!