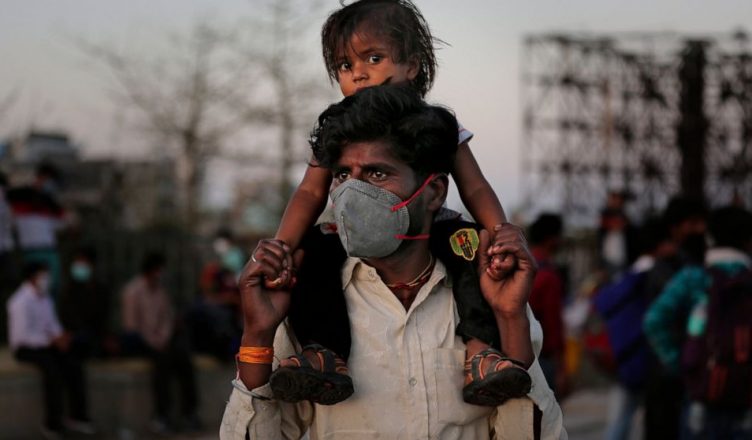 As lockdown 2.0 comes to an end we must focus upon what it actually achieved in this forced quarantine of almost 1.3 billion people. The country is in lockdown mode for over a month now, but there has been a continuous influx of new Corona virus cases on a daily basis.

Firstly, it must be taken into account that the Supreme leader announced the lockdown in the worst possible manner. How can one even imagine to put a country so large and diverse to a standstill on a four hours notice?
Stranded migrant labourers were panic-stricken and were forced to fled big cities en masses. All of a sudden, they were unemployed, and the government showed no promises to let them have a livelihood. Tens of thousands of workers returned to their hometowns walking barefoot for thousands of kilometres. There were many who even lost their life in this process.

Secondly, the scarcity of testing kits has meant that a lot of people are being put in isolation without the illness being officially confirmed. There are also thousands of people who actually need to be tested but haven’t, because of a lack of testing kits. Indian Council of Medical Research (ICMR) was given the charge of testing COVID-19 on February 3rd, 2020 but even after 2 months the agency is still struggling to source enough tests, thereby, compromising the nation’s fight against the disease.

The country’s punitive nationwide lockdown – which has brought millions of citizens to the brink of destitution since it’s announcement – was supposed to buy some valuable time in order to set up the required infrastructure for testing. But, the result is totally negative and there have been various reports which claimed that the procurement of rapid testing kits from China was a major scam. Unsurprisingly, this has been a character of those sitting in power now. Who can forget the coffin scam during the Kargil war?

Thirdly, the economic recession. The Indian economy was already in doldrums and this deadly virus has given it yet another severe blow. The prolonged lockdown has halted the economic chain and the rural ecosystem is in deep distress. The disruption in wholesale and fruit markets for Kharif crops have ravaged the rural economy. Experts have predicted a looming food crisis and even more starvation deaths. Also, the absence of field level assessment by the insurance companies is making compensation almost impossible.

Large scale unemployment, rock hit economy, distressed migrant labours, low testing rate, non availability of PPE kits for doctors and the continuous rising curve of those infected by Corona virus, along with this the taali-thaali, diya-baati and now the showering of flower celebrations, shows the priorities of the government. Will this theatrics do any good for the people of India or the Indian state? Wake up Mr. Rip Van Winkel of Indian polity. The only question is how insensitive and inefficient are those sitting in power? Will the supreme leader for once face the free press and dare to answer the questions ?