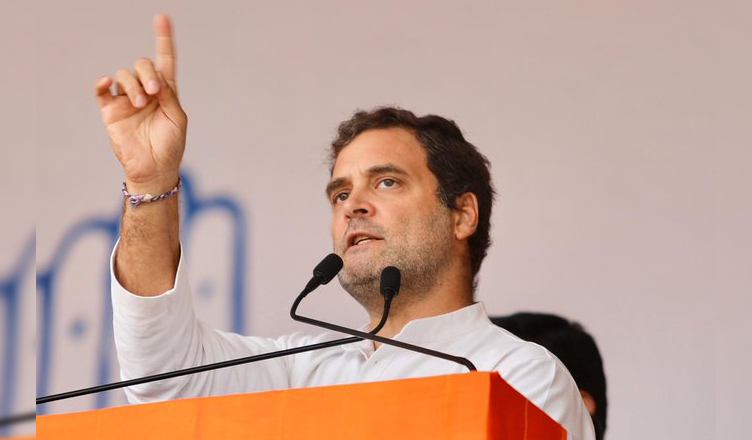 Following a ruckus in the Lok Sabha after Union Minister Smriti Irani’s sought Congress leader Rahul Gandhi’s apology for his ‘Rape in India’ comment, the latter on Friday took to Twitter demanding apology from Prime Minister Narendra Modi for 3 things.

“Modi should apologise. 1. For burning the North East. 2. For destroying India’s economy. 3. For this speech, a clip of which I’m attaching,” Gandhi tweeted.

For the 3rd point, he attached a video clip along with his tweet in which PM Modi can be heard saying, “Delhi has been made the rape capital and due to which India is being shamed globally…”

Listen to the clip here:

The controversy began when the former Congress president used PM Modi’s flagship ‘Make in India’ project to attack the government over rising crimes against women in the country while addressing a public rally in Jharkhand’s Godda.

“Narendra Modi had said ‘Make in India’ but nowadays wherever you look, it is ‘Rape in India’. In Uttar Pradesh Narendra Modi’s MLA raped a woman, then she met with an accident but Narendra Modi did not utter a word.”

He also talked to media outside parliament regarding the same and explained his statement once again. A very important thing which he mentioned in his byte was the BJP’s tactic of diverting attention. He said that the main issue currently in Assam and how it is burning but PM Modi and other BJP leaders are using his statement to divert people’s attention.

Listen to his byte here

His statement clearly indicates his concern over rising crimes against women in India and how the Modi government is doing absolutely nothing about it. However, his statement was tweaked by those in power and shown as if he was inviting people to come to India and rape women.

One thought on “Rahul Gandhi seeks PM Modi’s apology on 3 things. Read to know what?”