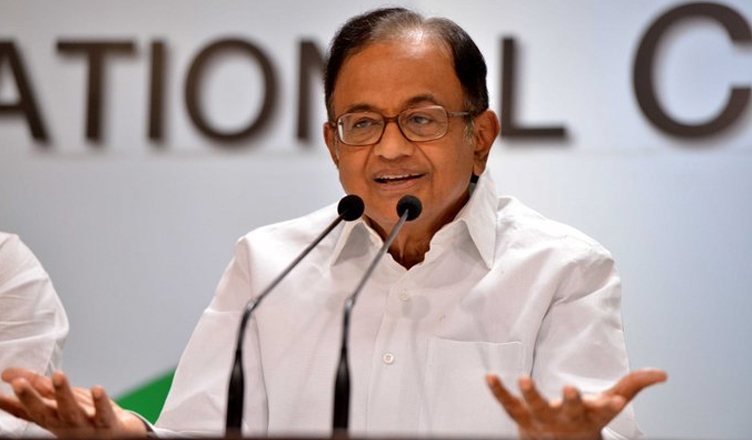 A day after the Supreme Court granted bail to P. Chidambaram in the INX Media case, former Finance Minister came down heavily upon the Modi government and said that the current government is an incompetent manager of the economy.

He further said that the Modi government is clueless and that we would be lucky to end the year if growth touches 5 per cent.

“The place to start is diagnosis. If the diagnosis is wrong, the prescription will be useless, may be even fatal. Even after 7 months into the fiscal year, the BJP government believes that the problems faced by the economy are cyclical. Govt is wrong because it’s clueless, unable to look for obvious clues as it is stubborn & mulish in defending its mistakes like demonetisation, GST, tax terrorism, regulatory overkill, protectionism & centralised control of decision-making in PMO,” Chidambaram said in a press conference.

“PM has left it to his ministers to indulge in bluff and bluster. The net result, as The Economist put it, is that the government has turned out to be an ‘incompetent manager’ of the economy,” he added.

He further said that in days to come, he will speak, give interviews & write elaborately on each of them.

“Nothing sums up state of the economy better than the following series of numbers- 8, 7, 6.6, 5.8, 5 and 4.5. Those are the quarterly growth rates of GDP in the last six quarters. The third and fourth quarters of 2019-20 are not likely to be any better. We will be lucky to end the year if growth touches 5 per cent,” he said.

While commenting on the NSSO’s latest report showing decrease in rural consumption expenditure, Chidambaram said, “Rural consumption is down according to NSSO. Rural wages are down. Producer prices are down, especially for farmers. Daily wage earners get work for no more than 15 days a month. There is less demand among the people because they have less money and less appetite to consume due to uncertainty and fear. Unless demand increases, there will not be increased production/output or increased investment.”

Drawing a contrast between the current NDA government and the previous UPA government, Chidambaram said, “The UPA lifted 140 million people out of poverty between 2004 and 2014. The NDA has, since 2016, pushed millions of people below the poverty line.”

He further said that the economy can be brought out of the slowdown,  but the Modi government is incapable of doing that.

“I believe that the Congress and some other parties are better equipped to pull the economy out of the slowdown and push economic growth, but we have to wait for better times,” he said.

One thought on “Modi govt incompetent manager of economy: Chidambaram”