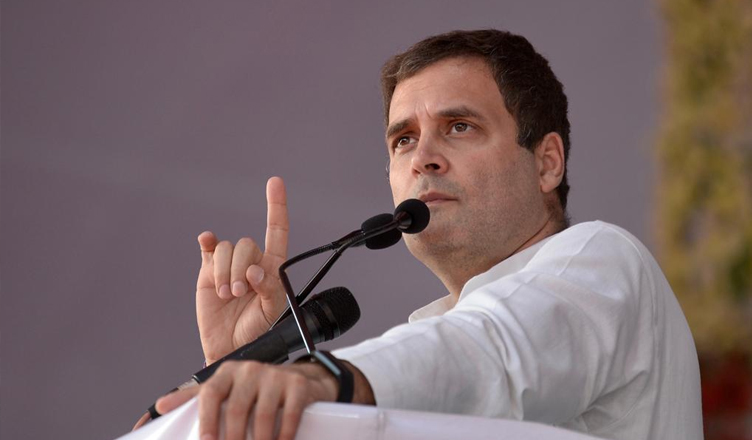 Terming the upcoming Madhya Pradesh Assembly elections as the battle for the state’s future, Congress President Rahul Gandhi on Friday said that youth, farmers and women of the state have decided to make the grand old party victorious in the upcoming polls.

“This is the battle for MP’s future. Youth, farmers and women of Madhya Pradesh have decided to make Congress victorious,” Gandhi said while addressing a public gathering in Sehore, Madhya Pradesh.

Gandhi further said that farmers of Madhya Pradesh commit suicide but neither the state government nor Prime Minister Narendra Modi listen to them.

“Land of farmers is snatched, they don’t get Minimum Support Price (MSP) for their crops,” Gandhi said.

He further accused PM Modi of handing over the entire money to the banks to Neerav Modi, Mehul Choksi, Vijay Mallya and Anil Ambani.

“Mr. Modi broke protocol and rules to hand over the ₹30,000Cr Rafale deal to his friend Anil Ambani. That is why people say, ‘Chowkidar chor hai’,” he said.

The Gandhi scion further said that PM Modi had said that demonetisation is a fight against black money and made women stand in queues of banks.

“What kind of fight against black money is this that while the honest people are standing in queues, the frauds are converting their black money into white,” he said.

“The Shivraj Chouhan government steals land from farmers and Aadivasis. UPA govt introduced Land Acquisition Act to prevent illegal and unfair land acquisition but this policy has not been implemented by BJP in the state,” he added.

Differentiating between the two parties Gandhi said that on one hand there is Shivraj Chouhan, who has been CM of Madhya Pradesh for 15 years and enjoys all power and resources and on the other hand, there is Congress who represents the voice of people.