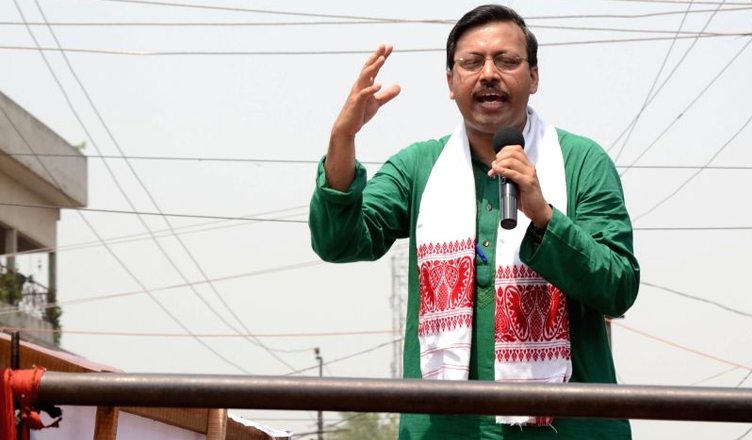 Prodyut Bora, who is credited with setting up the Bharatiya Janata Party’s (BJP) IT cell in 2007, quit the party in 2015. As soon as Modi was declared the BJP’s Prime Ministerial candidate, Bora had made up his mind to quit.

In an interview to HuffPost India, Bora said that the objectives of the IT cell were three-fold: “to automate the part, to reach out to the voters, and advise the party on policy matters”, but now, according to him, the legacy of it has been turned upside down.

Terming the BJP IT cell as ‘Frankenstein’s monster’, Bora said that the changing point for the IT cell was the 2014 campaign when it was supposedly controlled by a team in Gujarat.

He further elaborated on the same saying that the events at the Centre were a repeat of all that had happened in Gujarat.

Not mincing his words, Bora told HuffPost India that the IT cell ultimately carried out the mandate of the party president.

Also read: BJP’s Dilip Ghosh’s open threat to Trinamool: Every bullet will be made to count

“The BJP IT cell carries out the mandate of the BJP president. Whatever directions the president kind of gives you, you do that… So today, whatever they are doing is a mandate that has come down from their president. I mean people should ask the party president what’s going and not the IT cell.”

He compared the BJP IT cell to SIMI, and said that the saffron party which was once a “cultured party with some sense of decorum” had now “crossed all limits”.

He was really disappointed with the contrast between what the BJP IT cell was when it was set up and what it had become now.

After quitting the party in 2015, Bora floated a political party in Assam, Liberal Democratic Party, of which he is the chairman.

One thought on “You cannot fix BJP IT cell until you fix party’s president: Founder Prodyut Bora”