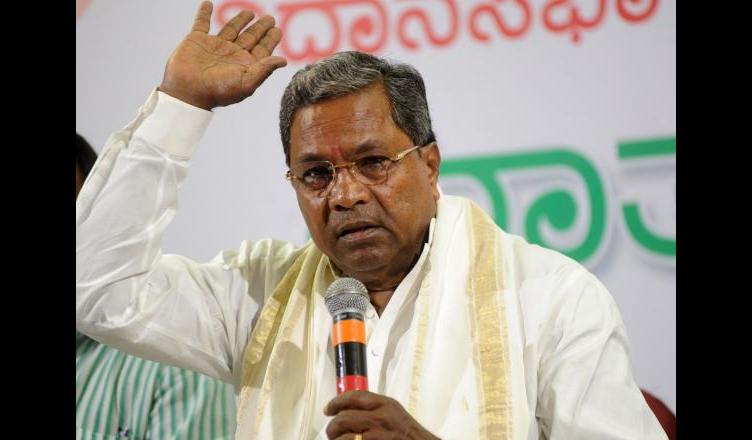 Karnataka Chief Minister Siddaramaiah called his rival, BS Yeddyurappa “mentally disturbed” for predicting Bharatiya Janata Party’s (BJP) victory in the ongoing Karnataka elections. The Chief Minister is leaving no stone unturned in retaining power for the second consecutive term in the state where no party has been selected twice in a row in 33 years.

“It is a strategy. He (Yeddyurappa) thinks this is a strategy, but in reality he is a mentally disturbed man,” he said.

Siddaramaiah also asserted that the Congress would return to power by securing over 120 seats in the 224-member Karnataka assembly elections, the results of which will be announced on May 15. The Karnataka Chief Minister’s “mentally disturbed” response came to Yeddyurappa’s declaration that he would be sworn-in on May 17.

Siddaramaiah next targeted BJP president Amit Shah and said he is just like a comedy show. He also said that the image of Prime Minister Narendra Modi has changed and his “hollow” speeches have failed to impact the Karnataka voters. “This Amit Shah is like a comedy show and Narendra Modi’s image has drastically declined, his speeches are completely hollow and have made no impact on the voters of Karnataka. Therefore we are not worried,” Siddaramaiah said.

The Chief Minister, along with his son, also cast his vote and tweeted about the same.

My son Dr Yatindra Siddaramaiah & I have cast our vote in Varuna today.

Karnataka voters as always will display political maturity & will begin a change that our country needs the most.

Please go out & vote for an inclusive & peaceful Karnataka.#KarnatakaVoting pic.twitter.com/YHLqASbVmP

56 percent voter turnout was recorded till 3 p.m. The result of the election would be announced on May 15. Meanwhile, the R.R. Nagar constituency in Bengaluru will be going to polls on May 28 after seizure of 9,564 voter ID cards from the area. The Election Commission of India made this decision on May 11 while an inquiry is conducted into the discovery of 9,564 voter ID cards in the area. The results will be announced on the 31st of May.

Late on Tuesday night, the 8th of May, the voter IDs were discovered in an apartment that the BJP claimed was linked to the Congress Party, however, as the Congress party pointed out, the house was rented out by Manjula Nanjamari for her son Rajesh, a BJP leader.