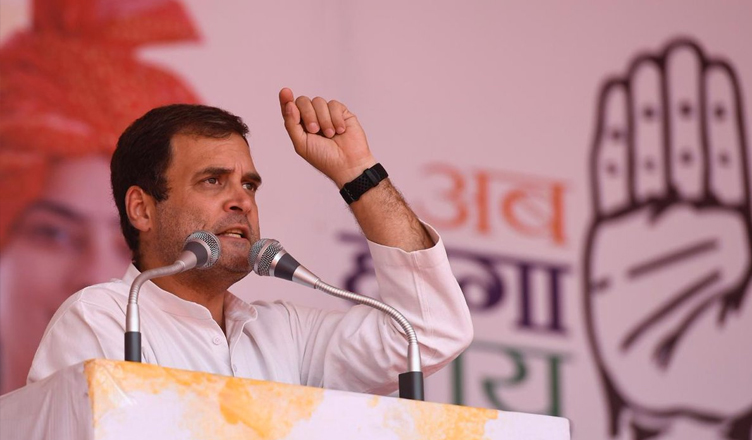 Congress President Rahul Gandhi on Monday said that he would rather die than politicise the armed forces.

Earlier on Saturday, condemning Prime Minister Narendra Modi’s comment that surgical strikes during the previous Congress government were “video games”, Gandhi said that the former has insulted the Indian Army.

“Army is not a personal property of Mr. Modi. Surgical Strikes are done by the Armed Forces. When Mr. Modi says Surgical strikes during Congress govt were “video games”, he doesn’t insult Congress, he insults the army,” Gandhi said while addressing a press conference in New Delhi.

“We do not politicise Army. It belongs to the country, not any one person and we need to respect that. Prime Minister should have some courtesy to not insult the Army,” he added.

While addressing a public meeting on April 9, PM Modi urged first-time voters to dedicate their votes to soldiers who lost their lives in the Pulwama terror attack and those who carried out Balakot air strikes.

One thought on “Would rather die than politicise army: Rahul Gandhi”