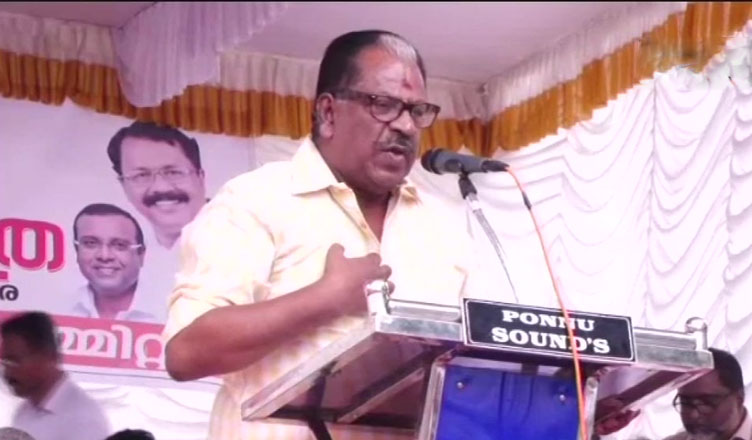 Malayalam movie actor Kollam Thulasi on Friday said that all the women entering the Sabarimala temple should be ripped into two pieces and that one should be sent to Delhi while the other half should be thrown towards Kerala Chief Minister Pinaray Vijayan’s residence.

“Women coming to Sabarimala temple should be ripped in half. One half should be sent to Delhi and the other half should be thrown to Chief Minister’s office in Thiruvananthapuram,” news agency ANI quoted Thulasi as saying.

He also urged the people present there and others to chant Ayyappa keerthanams so loudly that it rupture the state Chief Minister’s eardrum. “Also, the idiots in the Supreme Court should hear the chanting,” he added.

Women coming to #Sabarimala temple should be ripped in half. One half should be sent to Delhi and the other half should be thrown to Chief Minister's office in Thiruvananthapuram: Actor Kollam Thulasi, in Kollam #Kerala. pic.twitter.com/r4cL72mzJm

Thulasi was speaking at a ‘Save Sabarimala’ campaign, organised by Bharath Dharma Jena Sena which is one of the constituents of BJP-led NDA, against the Supreme Court’s verdict allowing entry of women of all ages into the temple. What is astonishing is the fact that Thulasi was seen sharing stage with BJP Kerala president P.S. Sreedharan Pillai.

Kollam was the BJP’s candidate from Kundra in Kollam during the 2016 assembly elections.

On September 28, the apex court removed restrictions on women entering the temple, and allowed entry of women of all ages into Sabarimala.

Four review petitions have already been filed against the judgement, but the apex court has made it very clear that it will not hold urgent hearing in this regard.

“It will be listed in due course,” a bench headed by Chief Justice Ranjan Gogoi said on Tuesday.

In the latest development, police has registered case against Thulasi for his speech.

On one hand, BJP talks about women empowerment and on the other, its own ministers are coming up with such anti-women statements, reflecting their patriarchal mindset and chauvinism.

One thought on “Women entering Sabarimala should be ripped into 2 pieces, says BJP member and actor Kollam Thulasi”