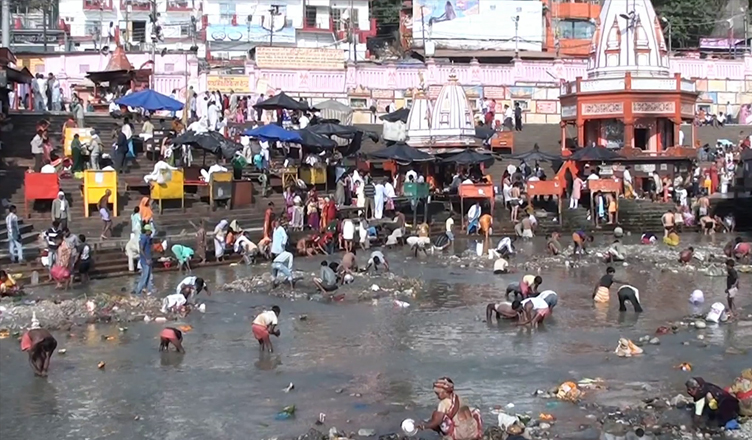 The Bharatiya Janata Party (BJP)-led National Democratic Alliance (NDA) government launched the Namami Gange or the Clean Ganga Mission in 2015, the biggest-ever campaign to clean the river. The programme, which has a budget of Rs. 20,000 crore, was aimed at cleaning the river by 2019, however, it has been extended to 2020.

The deadline is approaching fast but the government has spent only quarter the total budget.

According to the data presented in the Lok Sabha on December 14, the government has spent Rs. 4,800 crore under the programme to clean the Ganga and its tributaries (Yamuna and Chambal) till November 2018.

It was reported in October that the river’s contamination levels have increased at many places since 2013. The Central Pollution Control Board (CPCB) examined the Ganga river at 80 sites.

According to a CPCB report, the BOD level of Ganga in 2017 was more than 3 mg/l at 36 of the 80 sites. It also revealed that the water at almost half of the 80 sites that the board examined is unsafe for domestic purposes.

Also read: Manmohan Singh takes a jibe at PM Modi, says ‘I wasn’t the PM afraid to talk to Press’

The CPCB had earlier said that while the government’s effort to tackle pollution in the Ganga is visible through it ₹20,000 crore clean-up, it has still been indicated as a ‘priority 4’ river due to its BOD (Biochemical Oxygen Demand) range of 3.5-8.8 mg/l.

A BOD less than 3 mg/l is considered as an indicator of a healthy river by the CPCB. The higher the BOD is, the worse the river. A river is termed ‘priority 1’ if its BOD is greater than or equal to 30 mg/l, whereas it is indicated as ‘priority 5’ if the BOD is between 3.1-6 mg/l.

The pace of the river getting polluted is more due to the discharge of untreated and partially treated sewage from cities.

Quoting government data, IndiaSpend stated the Ganga receives about 2,900 million litres of sewage discharge per day (MLD), of which only 48%, or 1,400 MLD, is treated.