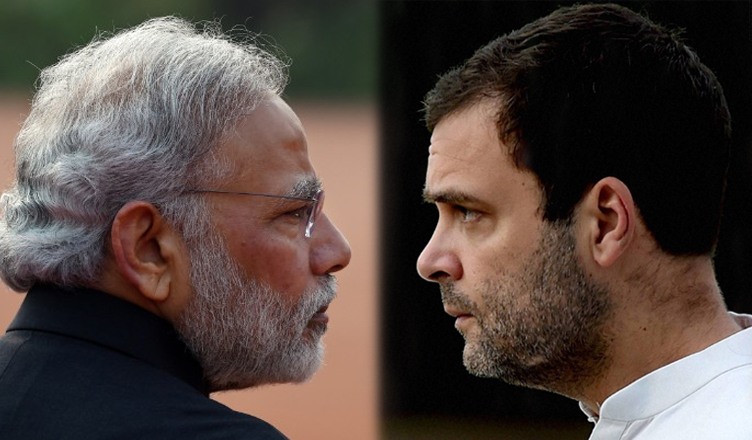 Prime Minister Narendra Modi has always been very desperate to form an image of his different from the other former Indian prime ministers. For the same, he has resorted to different things, be it taking selfies, started his own show ‘Mann ki Baat’ and NaMo app, spending enormous amounts on advertising and publicity, going on foreign trips and trying to pose himself as a global leader etc. With the same intention, PM Modi, today, accepted Indian cricketer Virat Kohli’s fitness challenge and promised to share his video soon.

Well, in a very smart and witty move, Congress president Rahul Gandhi also posed a challenge in front of the Prime Minister of reducing fuel prices. “Dear PM, Glad to see you accept the @imVkohli fitness challenge. Here’s one from me: Reduce Fuel prices or the Congress will do a nationwide agitation and force you to do so. I look forward to your response. #FuelChallenge,” Gandhi tweeted.

Glad to see you accept the @imVkohli fitness challenge. Here’s one from me:

Reduce Fuel prices or the Congress will do a nationwide agitation and force you to do so.

I look forward to your response.#FuelChallenge

We would really like to see if Prime Minister Modi comes forward and accepts the Congress president’s challenge. In fact, we would want him to accept it so that the common man is benefitted and get some respite. At least, this government can do one good thing for the general public.

Gandhi’s tweet also has a warning that if the fuel prices are not reduced then the government will witness a nationwide protest by the Congress. It is to be seen how the series of events move forward.

Yesterday, Virat Kohli posted a video on his Twitter handle saying he had accepted Union Minister Rajyavardhan Rathore’s fitness challenge. He is seen doing spider planks in the video. He then named three people for the same challenge – one of them being PM Modi, which was duly accepted by the latter.

I have accepted the #FitnessChallenge by @ra_THORe sir. Now I would like to challenge my wife @AnushkaSharma , our PM @narendramodi ji and @msdhoni Bhai for the same. ? #HumFitTohIndiaFit #ComeOutAndPlay pic.twitter.com/e9BAToE6bg

Challenge accepted, Virat! I will be sharing my own #FitnessChallenge video soon. @imVkohli #HumFitTohIndiaFit https://t.co/qdc1JabCYb