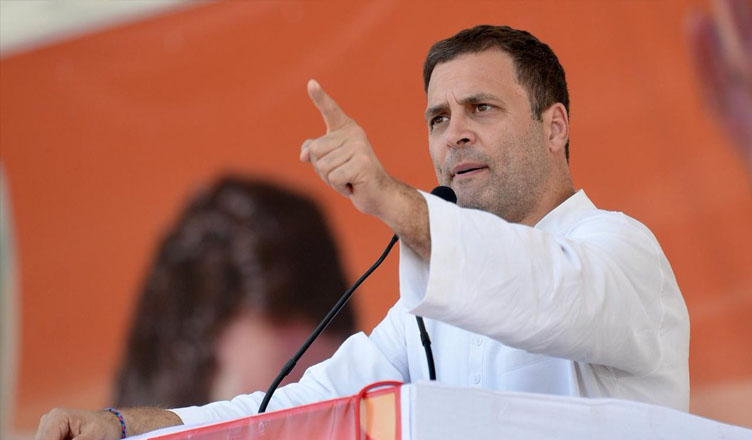 Congress Chief Rahul Gandhi on Tuesday promised the people of Madhya Pradesh that he and his party will make ‘Made in India’ a reality.

“We will make ‘Made in India’ a reality. We will establish a food processing plant in every district,” Gandhi said while addressing a rally in Madhya Pradesh’s Sabalgarh.

He said, unlike Madhya Pradesh Chief Minister and Prime Minister Narendra Modi, who make false promises, the Congress will listen to people’s needs and fulfil them.

“I want to ask everyone here if Mr. Modi or CM Shivraj Chouhan have done anything for the poor and marginalised sections of Madhya Pradesh? We do not make any false promises. Within 10 days of forming the government, Congress party will waive off farm loans,” Gandhi assured.

“Everything I have promised has been implemented. I don’t want to tell you about my ‘Mann ki Baat’. I want to listen to people’s needs and fulfill that. This is the difference between them and us,” he added.

The Gandhi scion alleged that Madhya Pradesh is plagued by corruption.

“Corruption is rampant in Madhya Pradesh. There is a hierarchy of corruption that reaches to the Chief Minister. In Madhya Pradesh, if you don’t have money you don’t get an education. This is the definition of Vyapam. Shivraj Chouhan, RSS organisation are all involved in Vyapam. 50 witnesses were murdered,” he said.

Drawing a contrast between the current state of Madhya Pradesh where unemployment, crimes against women and farmer suicides are on the rise, Gandhi said he will change the face of the state.

“If the Congress party comes to power, then your insurance money will be given on the basis of your farm. Your money will not be given to any industrialist. The Congress party will set up a food processing plant in every district near farms of farmers. You will get the right price. Industrial Park and factories will be opened to give jobs to the youth,” he said.

Gandhi will address another rally in Joura today.

Later in the day, Gandhi will also hold a roadshow from Joura to Morena.