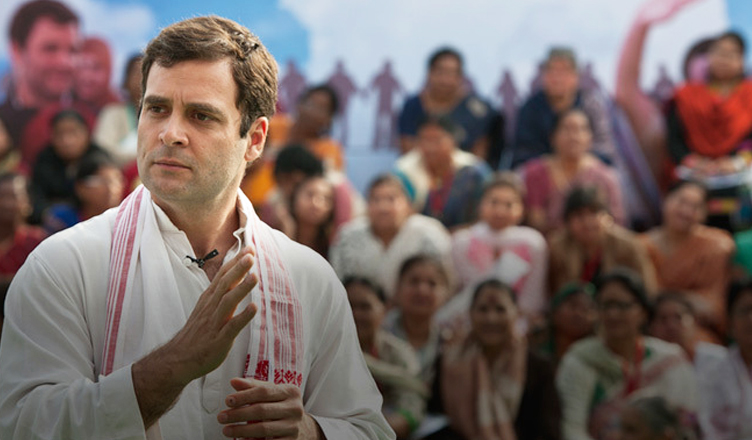 Rahul Gandhi on Wednesday said it was “an honour for me to serve the Congress party”  and that he will “continue to fight for the ideals of the Congress Party.”

“It is an honour for me to serve the Congress Party, whose values and ideals have served as the lifeblood of our beautiful nation. I owe the country and my organisation a debt of tremendous gratitude and love. As President of the Congress Party, I am responsible for the loss of the 2019 election. Accountability is critical for the future growth of our party. It is for this reason that I have resigned as Congress President,” Gandhi stated in the letter.

He further wrote that the party should decide on the new president at the earliest and that he was not  part of the process of that selection.

“Many of my colleagues suggested that I nominate the next Congress President. While it is important for someone new to lead our party, it would not be correct for me to select that person. Ours is a party with a profound history and heritage, one of struggle and dignity that I deeply respect. It is woven into the fabric of India and I trust the party will make the best decision regarding who can lead us with courage, love and fidelity,” he wrote.

Gandhi further reiterated that he would not step back from the fight against those who are attacking the Constitution and the social fabric of the country.

“The attack on our country and our cherished Constitution that is taking place is designed to destroy the fabric of our nation. In no way, shape or form am I stepping back from this fight. I am a loyal soldier of the Congress party and a devoted son of India and will continue to serve and protect her till my last breath,” he said.

He asserted that the institutional neutrality that once existed in India is no longer to be seen anywhere.

“A free and fair election requires the neutrality of a country’s institutions; an election cannot be fair without arbiters – a free press, an independent judiciary, and a transparent election commission that is objective and neutral. Nor can an election be free if one party has a complete monopoly on financial resources. We didn’t fight a political party in the 2019 election. Rather, we fought the entire machinery of the Indian state, every institution of which was marshalled against the opposition. It is now crystal clear that our once cherished institutional neutrality no longer exists in India,” he said.

“The stated objectives of the RSS, the capture of our country’s institutional structure, is now complete. Our democracy has been fundamentally weakened. There is a real danger that from now on, elections will go from being a determinant of India’s future to a mere ritual,” he added.

He urged people to unite and “resuscitate our institutions.”

“The Indian nation must unite to reclaim and resuscitate our institutions. The instrument of this resuscitation will be the Congress party. To achieve this important task, the Congress Party must radically transform itself. Today the BJP is systematically crushing the voice of the Indian people. It is the duty of the Congress Party to defend these voices. India has never and will never be one voice. It is and always will be a symphony of voices. That is the true essence of Bharat Mata,” he said.

With a beautiful message in the end, Gandhi once again stated that he is always there for his party and nation whenever they need him.

“I will, of course, continue to fight for the ideals of the Congress Party with all my strength. I am available to the party whenever they require my services, input or advice. To those who support the Congress ideology, especially our dedicated and beloved karyakarta, I have absolute faith in our future and the utmost love for you. It is a habit in India that the powerful cling to power, no one sacrifices power. But we will not defeat our opponents without sacrificing the desire for power and fighting a deeper ideological battle. I was born a Congressman, this party has always been with me and is my life’s blood and forever that way it shall remain,” he said concluding his letter.

One thought on “Will continue to fight for ideals of Congress: Rahul Gandhi’s letter stating he’s no longer party chief”