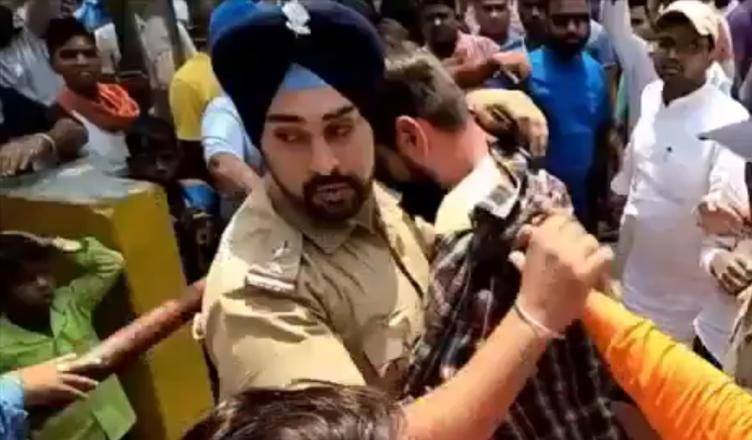 A few days ago a mob of people from the Vishwa Hindu Parishad (VHP) attacked a Muslim man for being with a Hindu woman near a temple in Ramnagar Uttarakhand. Sub Inspector Gagandeep Singh saved the man, Irfan, from the mob and shielded him from the blows of the mob. The Uttarakhand police rewarded Sub Inspector Singh for protecting Irfan.

BJP MLA Rajkumar Thukral warned that right-wing outfits like the NHP would fight the destroyers of Hindu culture. He asked why a Muslim would be anywhere near the temple premises. “It is time to teach a lesson to the people who want to destroy the atmosphere of Ramnagar. If (Ramnagar) police and the administration does not wake up then the Hindu Sena (army) will have to come out and fight the people who wish to destroy Hindu culture. Why were they roaming (in the temple premises) with a Hindu girl? They tried to ignite the emotions of the Hindu community,” Thukral said about Irfan and his other Muslim friend who too was visiting Garjiya during the May 22 incident. We will fight the ongoing plans of destroying Hindu culture, of forced religious conversions, and of strengthening the roots of love jihad,” he said.

No arrests have been made as yet since the police are yet to identify the attackers.