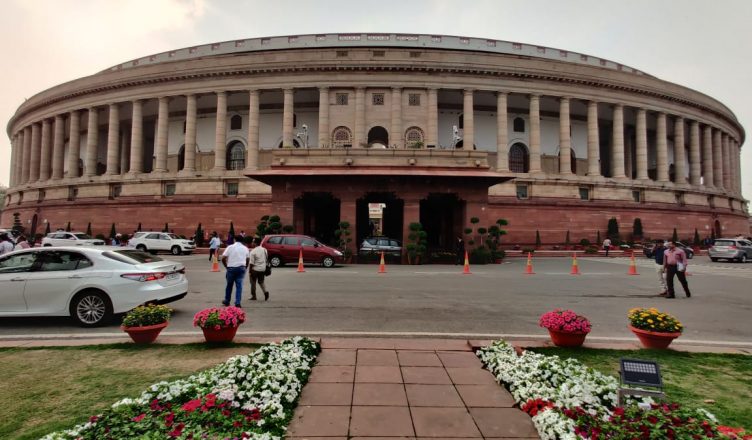 Amidst the Coronavirus Pandemic, it appears that the BJP is inspired by the quote “Never waste a good crisis” attributed to Winston Churchill. The BJP however appears to be using the crisis to get a firmer grip over the country rather than working to strengthening India’s capabilities and institutions.

The Union Cabinet came up with an ordinance which slashes the salaries of the MPs including the ministers and the Prime Minister, by 30% for a year. Alongside that, the ordinance also suspends the MP Local Area Development Scheme (MPLADS) for two years. This would, the government claims, generate Rs. 7,840 crores, which will be reallocated to the Consolidated Fund of India.

On the face of it, it appears that the government is taking austerity measures in the wake of the crisis. However, rather than suspending the MPLADS schemes itself, the government could have passed an ordinance earmarking all the funds to fight the crisis. In fact, as soon as it was clear that the we were headed for a pandemic that would debilitate us as a nation, Thiruvananthapuram MP, Dr. Shashi Tharoor proactively used the MPLADS funds to procure personal protective equipment (PPE), rapid-testing devices, masks, infrared thermometers and scanners for his constituency. Having been the first MP to do so, he has been able to provide such most essential equipment to his constituency.

By suspending the scheme altogether, MPs now have to effectively depend on the union government for any relief work to be continued. It may be argued that the union government is only suspending the scheme to contribute to the Consolidated Fund of India. However, if the government was truly serious about better management of resources during the crisis, it would not announce a public trust fund, deceptively named, PM CARES fund. To date, neither the PM nor anyone in the government has satisfactorily explained why the need for a new fun when we have a PM Relief fund.

Further, the government could have put on hold the the Central Vista project and the plan for the construction of a new Parliament building. The Central Vista project is estimated to cost a whopping Rs. 25,000 crores, which given the crisis India faces, can only be described as a criminal waste of resources. This government must be judged by the work it does (or mostly doesn’t) rather than the grandiose promises it makes. Its actions need to be seen in the backdrop of its history of weakening cardinal institutions of the country.

The government’s intent to centralize and control all aspects of was once again revealed when it directed all state governments to send it a list of medical equipment requirements. It has barred the state governments from procuring the equipment on its own stating that the central government would allocate scare resources judiciously. Once again, this makes the state governments dependent on the central government and thereby diminishes the spirit of federalism—ironically the BJP came to power in 2014 promising to promote cooperative federalism. The flaws of our polity are glaring for anyone who would care to see. However, such pertinent issues are seldom debated. Our public discourse is muddied the media, sections of which have openly admitted that they cannot survive without the revenue from government advertisements/publicity. Which probably explain why so many issues that deserve a debate are ignored and reality show inspired shouting matches are passed off as studio debates. From inadequate planning, to socioeconomic challenges; from wasteful public expenditure to agrarian crisis; problems that require public debate are numerous. Perhaps, we can use the lockdown time to discuss and debate these issues amongst ourselves and with willing political leaders on the social media. After all, ‘never waste a good crisis’!

One thought on “Never Waste a Good Crisis”